I had the opportunity to briefly speak with this week’s eliminated contestants, Jay Sheets earlier today. He was in good spirits and is not upset by any means at his fellow contestants for voting him off of The Biggest Loser. 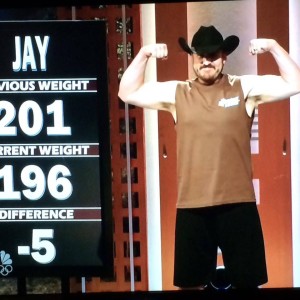 When asked about his life at home after returning from being on the Ranch for 12 weeks, Jay seems to have a good plan in place. He says that he gets up early, gets a workout in between 5:30 – 6:00am before taking his kids to school. Then, he’s off to work from 8am – 5pm, followed by a second workout around 6pm. Nutrition-wise, he says that he’s getting lots of protein and greens. It’s all about a good balance, Jay explained and moderation when it comes to food. He learned a lot on the Ranch and has taken that home with him.

Jay feels that his defining moment was when he got accepted onto the show. He knew that thousands of other people out there want that chance to be on the Ranch, and he “didn’t take (his opportunity) for granted.” He went on the show ready and wanting to do it and worked hard to do whatever he had to do.

The season 15 contestant is known for his trademark cowboy hat, never seeming to take it off no matter what he was going through on the Ranch. Jay says that the hat, “speaks about who I am,” it is just a part of everyday life for him. Being a former rodeo cowboy, it became of a part of who he is.

Speaking of the rodeo, Jay is already planning for his future. He is currently getting prepared for his return to competition in the Spring. He is excited about getting back out there to compete again. The rodeo makes him happy, and he lost that in his life for awhile. 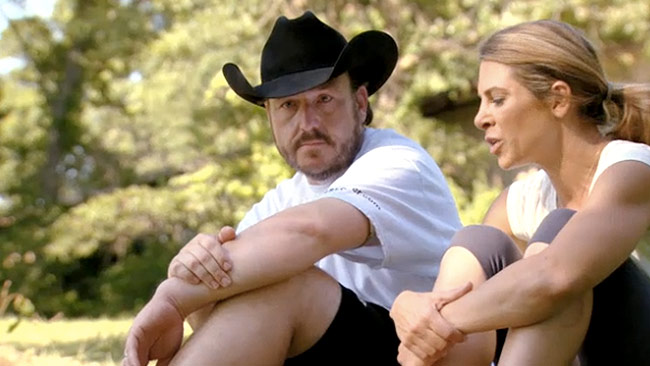 As far as Jay’s goals for the upcoming Finale, he feels as though he has already succeeded. He is one of the few people to have lost his goal weight on the Ranch. Jillian had a goal for him to get down to 185lbs and since going home, Jay has accomplished that.

Talk about an inspiration! Jay stepped onto The Biggest Loser at 297lb and has lost 104lbs during his time there. I wish him all the best in his future back doing what he loves and with his family.