I’m excited to announce that I’m returning in 2016 as a BibRave Pro! I had the fortunate opportunity to be a Pro in 2014, so I’m thrilled to return again next year. To say that I’ve missed the great group of folks is an understatement. 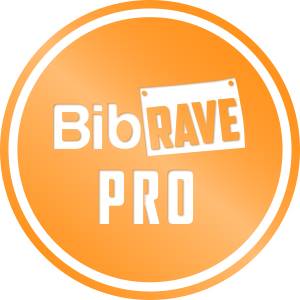 If you don’t know what BibRave is, let me fill you in! BibRave is a running community that connects runners with the best races. It was founded by Tim and Jessica Murphy who completed their first marathon in Chicago in 2009. After having a bad race experience in 2011, the couple knew they needed to help others via some sort of community. Thus, BibRave was born, allowing runners to post their race reviews as well as tips and other helpful information to make other runners experiences all the better. Furthermore, BibRave also hosts the popular weekly twitter chat, #bibchat on Tuesday evenings.

As a BibRave Pro, I’ll get the opportunity not only to continue to spread the word about Bibrave.com where YOU can write and read race reviews, but at times will get the chance to review great running products. I love that the resource of BibRave exists, and I love telling other runners about it. The more reviews and experiences posted on the site the better!

Tonight is the weekly #bibchat on Twitter at 9pm Eastern/8pm Central time. Come by and join in on the fun! It’s always an enjoyable time and I leave more excited about running than I went in. If you are a runner, you owe it to yourself to come by and chat with us!