On Saturday, December 21st, the Dream Chasers from Orlando Galloway ran in the group’s annual Holidazzle 10k. This is basically just a fun little run the weekend before Christmas for the pace group. It was my 2nd holiday run with the group and it’s a great time! 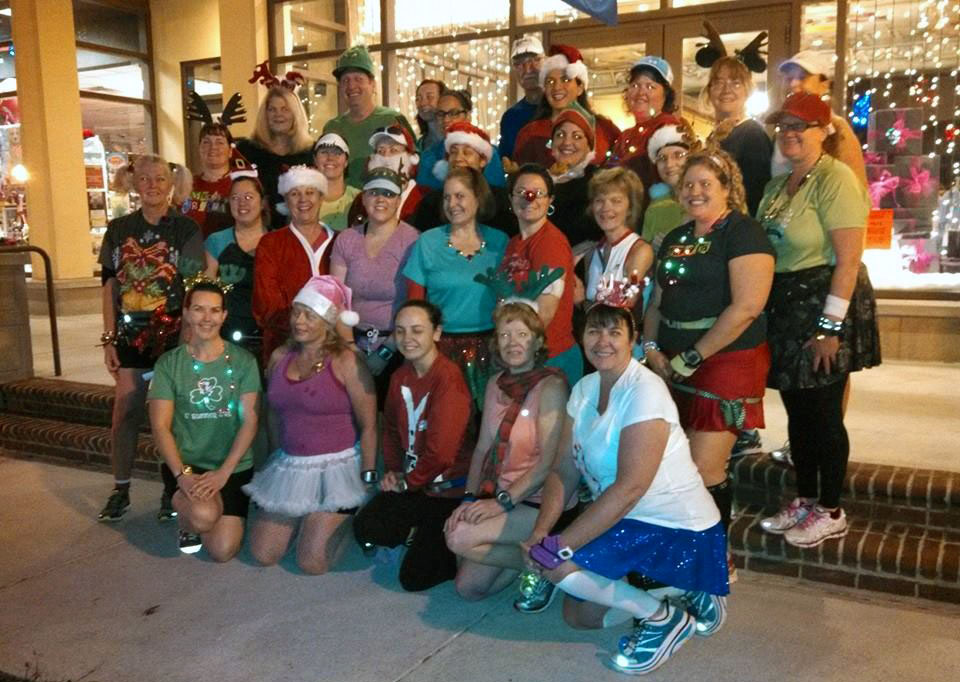 We met outside of the Panera on Park Avenue in Winter Park just before 6am. Everyone was decked out in the colors of the holiday, lots of greens and reds. One of our group leaders brought bells for us all to wear as we ran around the town. Talk about a fun, jingling group of runners. That we most surely were!

I wore all green with my Christmas knee socks that I wore to the Reindeer Run as well as my red Santa hat. The weather was a bit warmer than I would have liked, but otherwise it was a good morning for a run. I also had on my new Hoka One One shoes, this being their first run beyond the 3-milers I had been doing in them to get used to the difference in drop. 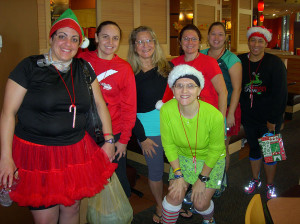 With some of my DC girls at Panera.

After the run, we all gathered at Panera for breakfast and a wind-down with each other. It would be the last time some of us would see each other until after Christmas or even New Years. I even made some peppermint fudge bites the evening before for the group which they seemed to enjoy. All in all, it was an awesome way to begin the weekend with some of my favorite people. 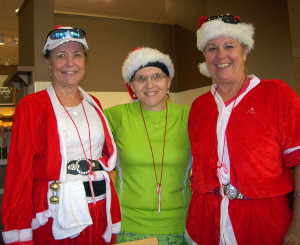 Santa was even there! Ok, so just two of our ladies dressed as twin Santas. 🙂