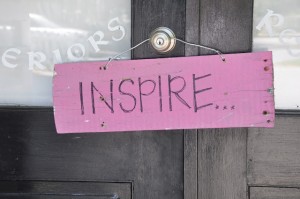 Over the weekend something happened. Inspiration. Yup, that little spark that snaps in front of your face and yells, “hey you!” Okay, so it’s not exactly like that (or, maybe it is for some people), but you get the idea. Inspiration can come anywhere at anytime. I think it’s more apt to happen when you are not looking for it. Which is why it’s such an awesome surprise and eye-opening thing to experience.

On Saturday, I finally went to go see The Avengers. It’s been a good while that I’ve been honestly and truly excited about a movie. In fact, I don’t even recall the last movie I went to go see in the theater. Not only because it’s so darn expensive, but because nothing ever really grabbed my attention enough to make me want to jump in my car and go see it. The Avengers changed all of that for me, it became a movie that I wanted to see. I didn’t care how much it cost (okay, so I did thus seeing a matinee) nor that I had to drive beyond a movie rental box to watch it.

The movie was not only completely awesome (is there a word bigger than awesome, because it’s that word), but it inspired me. It inspired me to go back into my boxes and pull out comic books to re-read and it has inspired me to consider writing comics again. I’m not saying I’m going to be doing the self-publishing thing again, but it’s a consideration. I want to be writing again, which is something I’ve been lax on this year. I want to write more than this blog (which I do enjoy doing), I want to write the stories that are still clamoring around in my head. When you are meant to write, you can’t deny doing just that no matter how much you may try to.

What about you, have you been inspired recently?
Has something sparked your creativity?
If so, what was it? Share your experience.