When I went to bed last night just after 9pm, I wasn’t planning on waking up until right before 4am for my group run. In fact, my alarm was set to pull me out of a nice slumber at precisely 3:50am. While that is very early (yes, even as a runner, I know and agree that it’s way too early), little did I know that the universe had other plans for when I might again open my eyes.

“Police! Come out with your hands up!” My eyes jolted to an uncharacteristically very alert state hearing this being yelled outside of my bedroom window. I laid very still in my warm, soft bed, under the thin sheet I had covering me. Again, I heard the deep male voice, “Come out with your hands up or we’ll send in the dog!” By this time, red and blue lights along with a way too bright white light were imitating through both of my windows reflecting off of any and everything in my room. Thankfully, my brain had switched to the “on” position from it’s previously terrified and freaked out state which had brought me out of my slumber. 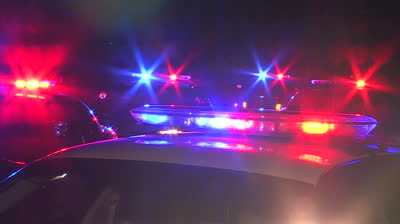 Glancing at the clock next to my bed, I read the time, 12:24am. Lovely, I thought to myself. Not only were the local police next door at the “drama house” (this house has quite the history, the only one on the block with such a distinction), but I was now awake. I mean, it wasn’t like I was trying to sleep before my run or work or anything. Sleep, the thing most normal people like to do at this hour.

Somehow, I managed to fall back to sleep again despite the brightness that was now making my bedroom appear to be draped in daylight. My dreams became filled with thoughts of my favorite police shows which I was now strangely a starring character within.

Oh, and if you’re curious what was going on, during the minutes where I was concentrating on drifting back into the land of sheep, I heard the police talking to the man and a woman about a 911 call concerning a dispute. Yup, all that drama for that.