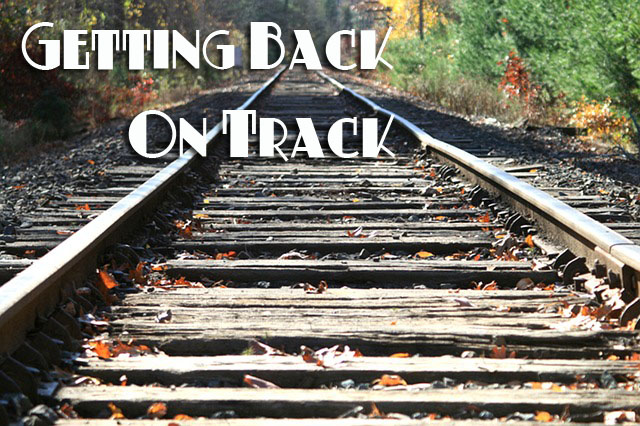 Sometimes it’s hard to admit to yourself, let alone to anyone else that you’ve gone off-track. But, I have. Granted, it’s not far, but since returning from New York, I’ve kind of strayed in my eating. I’m back up two pounds, and haven’t been drinking enough water like I previously had been. To most, this may not sound like I’m too far off my game, but it all starts somewhere. Something small, a pound or two gained…the bottom line is, it has begun.

What begins as something small can expand into something bigger if you don’t get a hold of it early. Earlier this year, I had lost 8lbs before the official training for the NYC Marathon, due to weight gained during the previous four marathons. I don’t want to get back up to that point, or weight again, so now is the time to re-evaluate the things that are slipping. 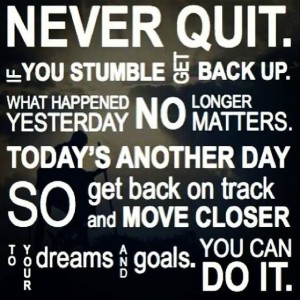 Today, it all starts for me. Properly logging all of my food, drink and such in my FitBit app, tracking my water intake, and getting back off of those unhealthy energy drinks. Yes, those have come back as well. I’m constantly tired, and when that happens, I find myself reaching for a Red Bull or Rockstar energy drink. While having one of these once in awhile isn’t a bad thing, having them daily is. From now on, it’s coffee or natural sources of energy for me, period. Natural sources such as E-Boost that I can add to my water. For me, I know the exhaustion I experience from time to time can have to do with my thyroid issues. It’s so much fun having an under-active thyroid (end sarcasm).

I know it won’t be easy, at least at first. I’m sure this week will be one where I have to regularly remind myself of the end goal. When I’m craving something, I’m going to drink more water. Exciting substitution, I know. But, the amount of water we drink really does affect so much. Of course, it still doesn’t equal a chocolate chip cookie. 🙂

How have you been doing health and fitness-wise this season?
Any tips that have worked for you in getting back on track?