This past Saturday morning, during the last mile of my 8-mile group run, I ate pavement. One minute I was running on the sidewalk, the next minute, I recall tripping and trying to steady myself…then, boom! I even recall the nasty slide I took on the cement as I tried to stop myself. Major ouch!

I’ve been running now for seven years, and this is my second fall. I suppose that’s a good thing, considering how often I have found myself tripping and fortunately catching myself before I lost balance and took a tumble. It’s weird how those final seconds stick out in your mind as you hit the ground. I felt myself losing it, then thought surely I could regain my composure. Alas, it just wasn’t the case. 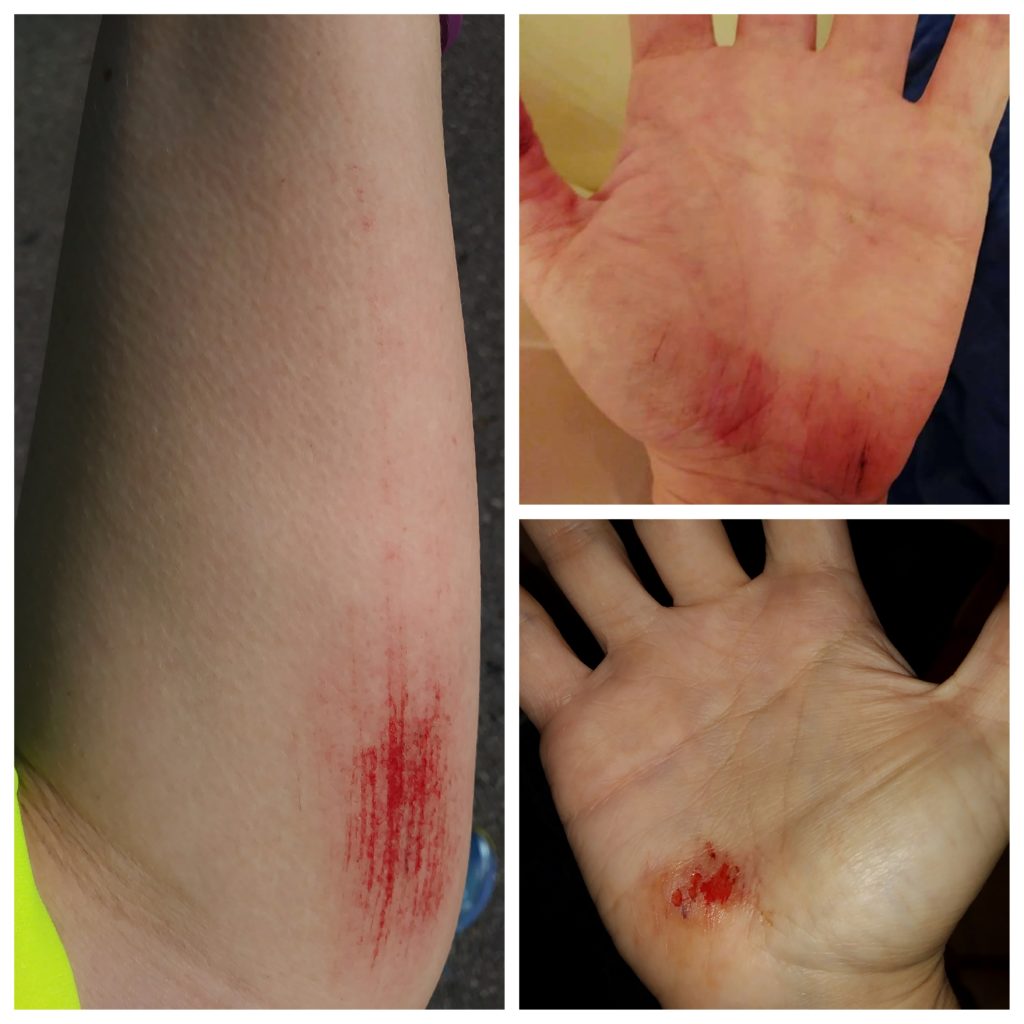 Surely, the two girls in my group behind me witnessed quite a sight. Not only did I fall, but I slid, as though I was trying to touch first base before the other team’s player tagged me out. Either that, or I’m quite an awful superhero who attempted to fly only to find herself flat on her left side. Makes me cringe just recalling the painful moment.

The last time I took a fall during a run, was back in 2014 at the Cherokee Harvest Half Marathon in North Carolina. I was coming from the road onto a sidewalk during the last 5k of the race, when I fell. That time, I also got the right hand palm eaten up pretty good. Guess being right-handed shows, and it’s the hand that gets the brunt of the beating. 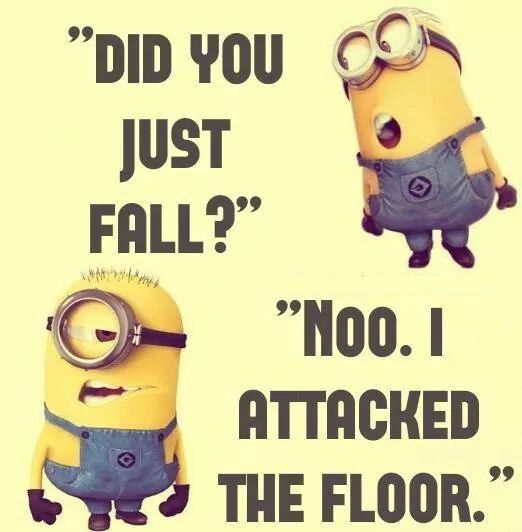 While my left arm and both palms got scrapped up, I only realized later that those were only the visual portion of my injuries. I pulled some muscles in the left side of my chest and shoulder as well. Taking deep breathes has been a bit more painful the last couple of days.

I’m looking forward to healing up, and hopefully not falling on a run anytime soon. I think once every 4 years is more than enough for me, thanks. 🙂

Have you fallen on a run? What happened?