Last Wednesday evening, I attended a special evening hosted by by Fleet Feet Orlando. The running store hosted Donna Deegan, the creator of the Marathon to Finish Breast Cancer. She would be talking about her journey as well as the marathon that takes place each February in Jacksonville.

Donna is a native of Jacksonville, and her love for the city is undeniable. She was a television news anchor for over 15 years in Tallahassee, West Palm Beach and Jacksonville. Her career being a local personality would later help her in making the 26.2 with Donna such a success. 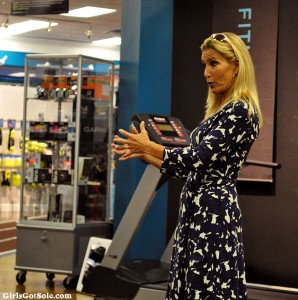 “Putting one foot in front of the other, we’re making a difference” –Donna Deegan

“Everyone said that it could not be done,” says Donna in regards to starting a marathon to raise money for breast cancer research and survivor aid. It took her an entire year to convince the Mayo Clinic to get on board with the marathon. On the other hand, Jeff Galloway was on board immediately even before the creation of the event got underway.

If working to organize a marathon wasn’t hard enough, four months before the race Donna received word of her 3rd diagnosis of breast cancer. The doctors found a tumor in her lung after being cancer-free for five years. “I’ve got to change the way I view cancer, the way I view life,” Deegan explains of how she was feeling during that time. Three months post-surgery, she ran her marathon. And, she couldn’t have been happier that she did.

The Marathon to Finish Breast Cancer just completed it’s 6th year and has served over 7,000 people through the Foundation. It is the only marathon that 100% of it’s race proceeds and funds raised go to breast cancer research and care. “We raise money for the Foundation by running,” says Donna. Now, that has been expanded to include cycling events. 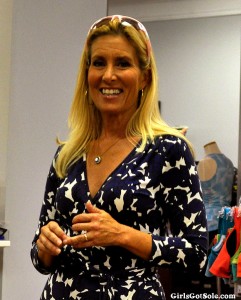 “It’s a great race, I love being involved.” –Donna

The 26.2 with Donna weekend includes a half marathon, 5k, and a marathon relay. With a 7 hour course time limit, anyone from walkers to runners can get out there and do one of the great race events. Not only are you being active, but you are supporting an amazing cause like no other.