↓
Home Menu ↓
Home→Running→Diving for the Gold

In case you missed the ultra close finish last night of the Women’s 400 meter race at the Rio Olympics, Shantae Miller of the Bahamas “dived” across the finish line to win Gold. The dive gave her the win over Allyson Felix who was charging full force three lanes away toward the finish. 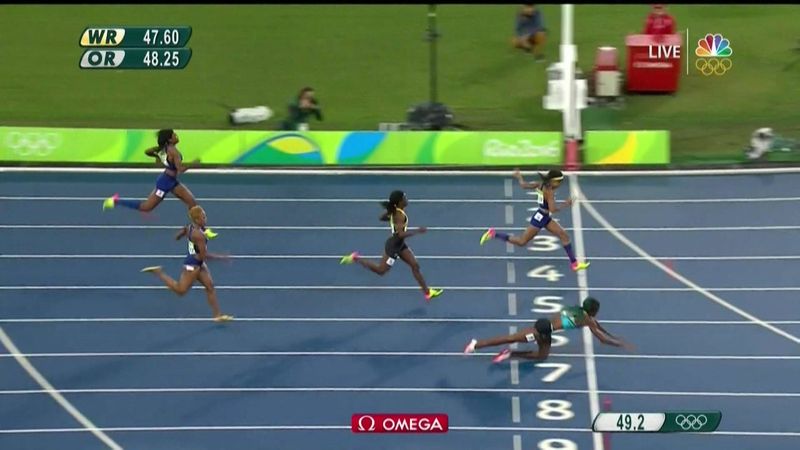 It’s because of the dive that Miller beat Felix crossing the finish by a mere .07 seconds. Talk about a thin margin! Felix was going for her fifth gold medal of her career at the 400 meter race. Allyson Felix is the most medaled female athlete in track and field history.

Instantly, viewers on social media like twitter were abuzz about Miller’s dive for gold. Tweets popped up in the #rio2016 feed stating how running shouldn’t allow a dive for a win. Some joked that they were confused about what sport they were actually watching with that finish. 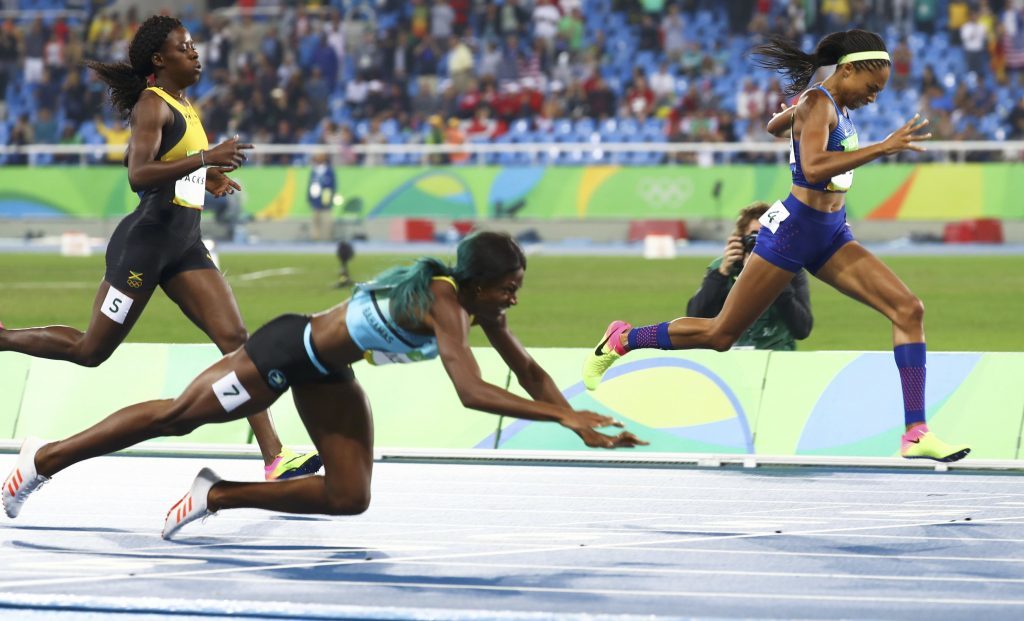 There was controversy and debate about using that tactic to win. Olympic hurdler Lolo Jones whose presence has been on twitter during the track & field events in Rio, informed folks that what Miller did was perfectly legal. Furthermore, Americans have dived for wins before. “…most pros have used that tactic to win…Miller didn’t cheat Allyson, she won fair,” Lolo tweeted.

So, while the method might be debated, it’s completely legal to do in track races. That doesn’t change the fact that it’s likely to be a much talked-about race finish from the 2016 Rio Olympics for years to come.