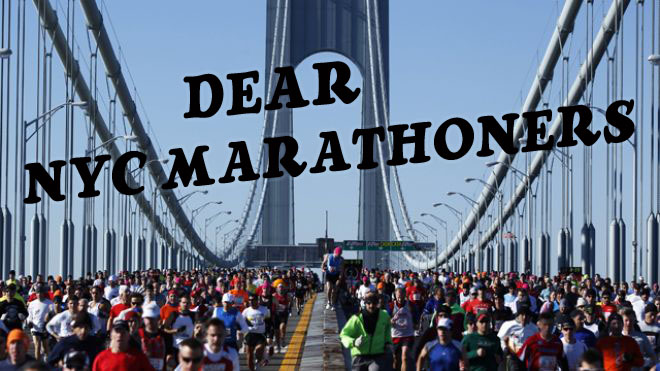 The TCS NYC Marathon Class of 2016: In two weeks, you will be lining up on Staten Island for an adventure like no other. You will stand side by side with fellow runners from all over the world and hear Frank Sinatra crooning the Theme from New York, New York as you start your 26.2 mile journey on the Verrazano-Narrows Bridge.

The moment you start the race will forever be engraved on your mind. It’s a whirlwind excitement of mixed emotions and senses. Almost a year later, I recall all of those emotions inside of me, the smells in the air, and the wonder of it all. Ahead of you is the greatest marathon journey in the greatest city in the country (and world if you ask me). You WILL become a very different person by the end of the NYC Marathon. 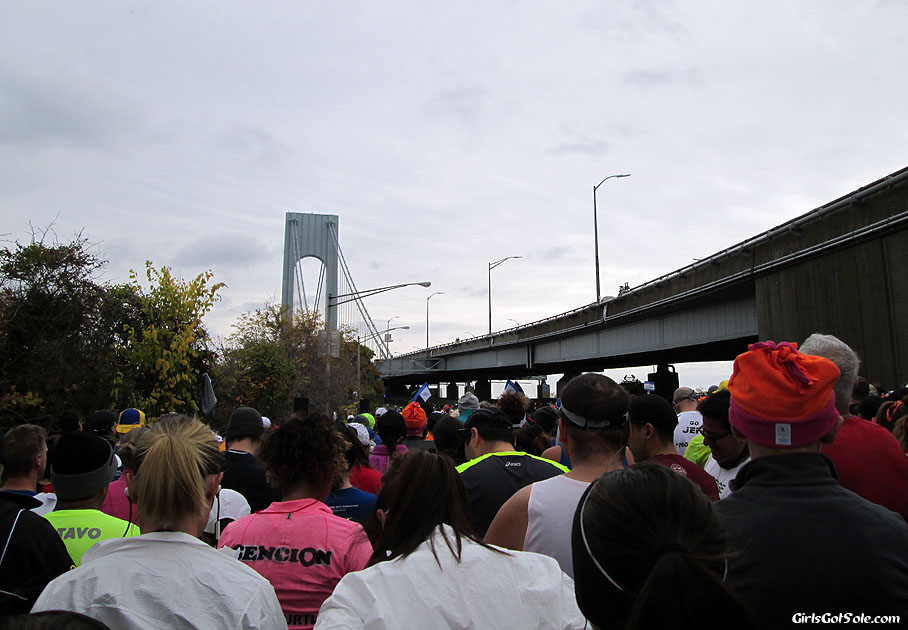 As soon as the gun goes off, you head over the amazing Verrazano Bridge. You are surrounded by fellow runners all around you, irregardless of what position you are (top of the bridge or bottom). The beauty of the New York City skyline is ahead of you. Take it in, take every moment, every view as you run. NYC Marathoners are the only pedestrian traffic ever allowed on the Verrazano, so it’s most definitely a rare view of the Big Apple.

After a couple of miles on the bridge, you’ll enter Brooklyn. This is the most thrilling borough, at least it was for me. The crowds of spectators are so incredible they will really get you pumped up. Take in these awesome people, high-five the kids and adults, embrace it. Enjoy it to the fullest. 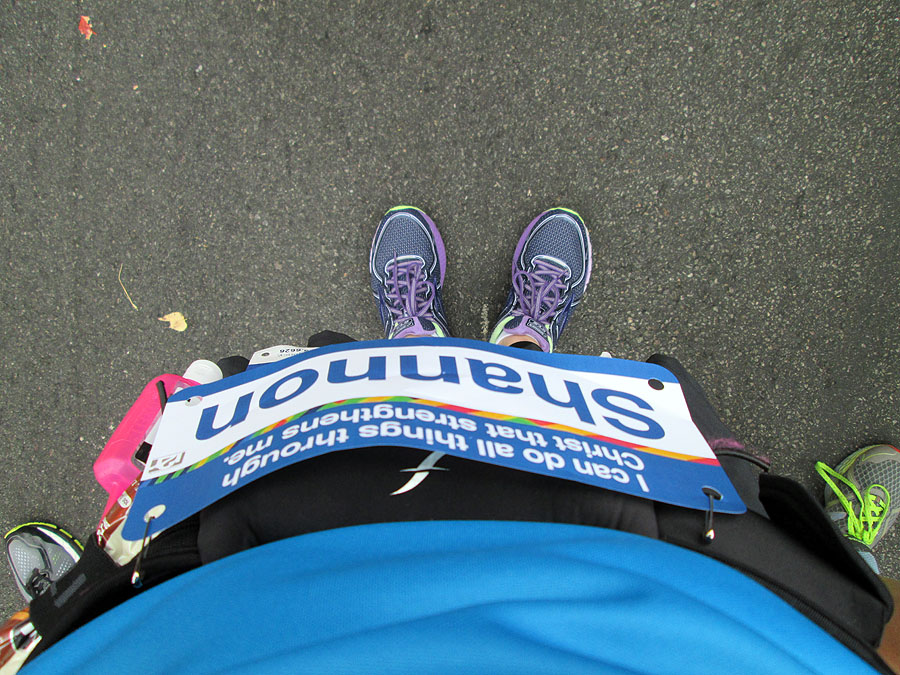 Oh, and wearing your name on your shirt or bib is something I highly recommend. The cheers directed at me by name were exciting, I almost felt like I was someone famous! The crowds really support the runners, and it feels so thrilling to be called out by name! You’ll be New York famous!

Once you get into the next borough, which is Queens, you will be about halfway done with the race. To get to Queens, you will encounter bridge number 2. The Pulaski Bridge, which I know I felt since the Verrazano didn’t feel so bad being at the start back in Staten Island. I remember being told by friends who had run the NYC Marathon previously to watch my pace around this point. That’s also because the 3rd bridge is very close ahead.

The 59th Street Bridge, or Ed Koch Queensboro Bridge, is the toughest of all 5 bridges that you run. Not to mention how quiet the bridge becomes except you and your fellow runners. No spectators are allowed on this bridge, so it’s oddly kind of quiet for the always-busy, bustling New York City. I found this part of the race (which is about 15.5 miles in) to be a bit mentally challenging. 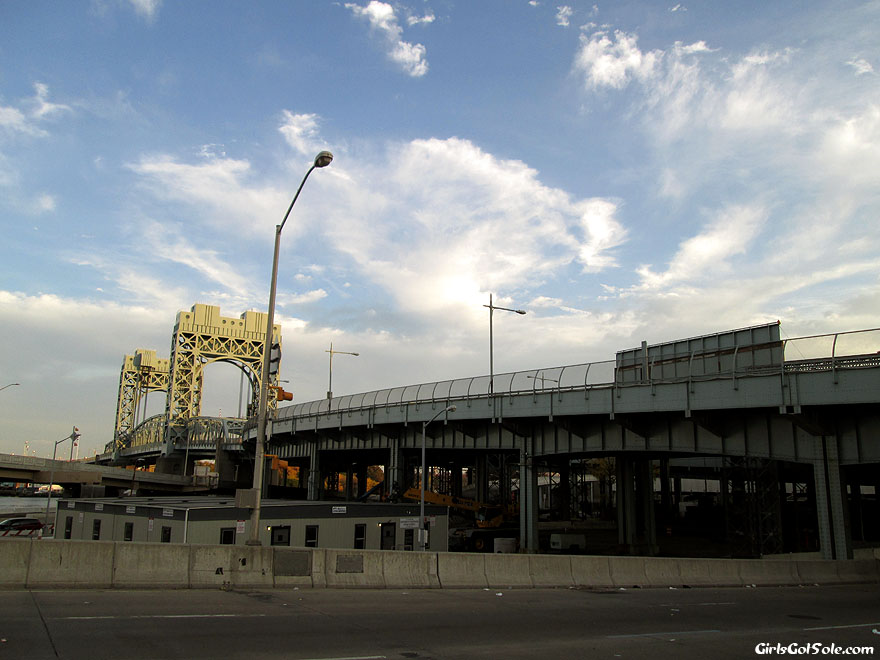 Thankfully, before you know it, you are over the 59th Street Bridge and onto First Avenue. It’s the section that has been nicknamed, “the wall of sound.” The yelling, cheering and excitement of the Marathon comes alive as you enter Manhattan over that quiet bridge. Spectators make you feel like you are a celebrity; it’s a rush of adrenaline that makes you feel like a rock-star.

I remember hearing my name being called and spotting friends as I ran. Talk about awesome! It put a huge smile on my face! No matter how tired and sore I was feeling then, it seemed to be erased, at least temporarily. If you can get family and friends to be in that area, it’s something I highly recommend.

Bridge number 4 is coming up, the Willis Avenue Bridge. It will take you from Manhattan to the Bronx. You’ll be at Mile 20, which is the infamous “wall” for some marathon runners. I didn’t personally hit a down here, but the spectators and taking in my surroundings helped get me through. I have found that Mile 20 isn’t horrible for me, but it varies from runner to runner. 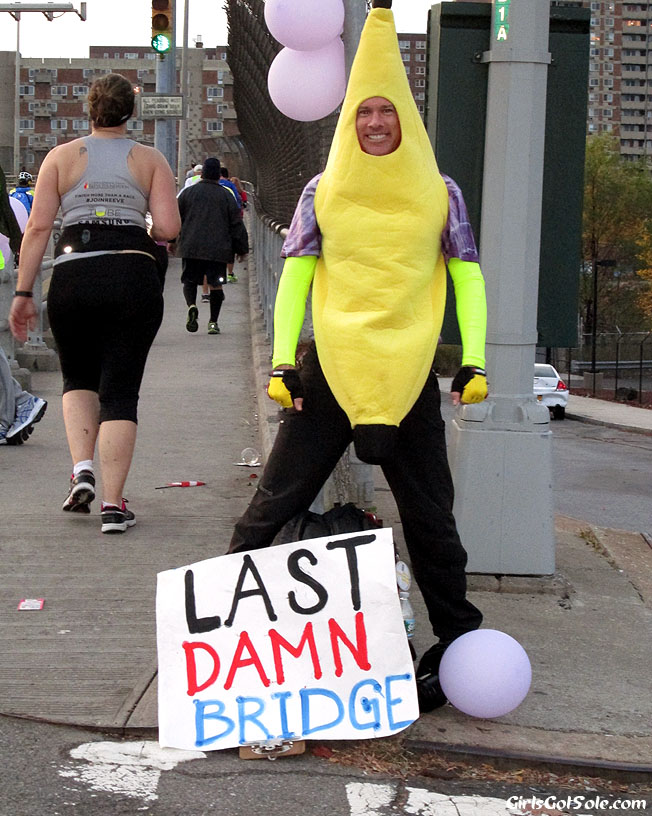 What’s great is that the 5th and final bridge is coming up! Yes, the last bridge! If nothing else, knowing that it was number 5 and seeing the banana guy holding the sign (yes, there was a man in a banana suit…your experience on who is holding such a glorious sign may vary) made me so so incredibly happy. Madison Avenue Bridge takes you back into Manhattan and onto Fifth Avenue.

This stretch can feel daunting, because there are spectators lining the streets, but it just felt long to me. I was anxious for Central Park! It was during these final fourish miles that I found myself talking more to fellow runners, helping encourage one another get to that finish line that is oh so close!

Entering Central Park, gave me a bit of a kick, just the excitement. Running in Central Park was smooth going. Sure, there are hilly parts of the park, but the NYC Marathon doesn’t go through any of them. You will actually come out of Central Park, then go around a bit near the infamous hotel seen in Home Alone 2, before you re-enter the park.

Then, you can get your final finishing kick on! I heard the finish line ahead of me and I recall somehow getting a boost. No clue how or where it came from… all I can say is it’s the finish line of the New York City Marathon! How can you NOT be excited and give it all you’ve got? 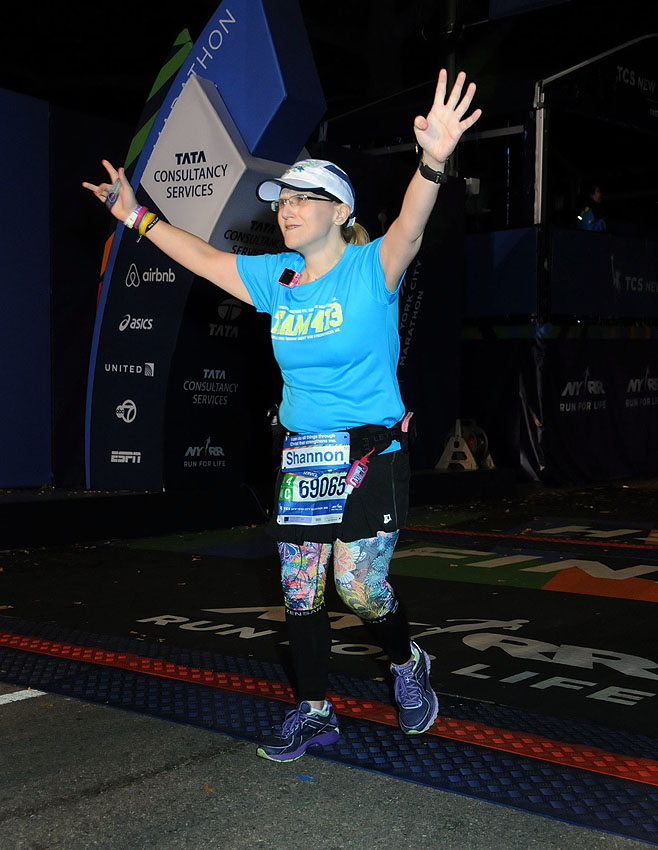 Crossing the finish line feels empowering. The 2015 NYC Marathon was my 5th marathon (my recap here), but it felt like I became a marathoner all over again. Let your emotions release themselves. Cry if you want; believe me, the volunteers are used to it, and they were incredibly great and sweet. It’s another reason why I had to get a picture with the volunteer who gave me my medal.

Once you get that beautiful, well-earned medal, you’ll be wrapped in a heat sheet and get some finisher photos taken. You’ll remember these things, but it’s also a bit of a blur. All of those emotions are coming out of you and it’s like nothing else in the world.

As you walk, or limp, or shuffle along toward the exit (they make you walk a ways to either baggage claim or to get your finisher poncho), take in what you’ve just accomplished. You are a superstar. Marvel in what you have just accomplished. Not only have you run 26.2 miles (a feat that only 1% of people can say they have done), but you ran THE NYC MARATHON! Wear your medal with pride!

Remember, you can and will do it! There is no question. Trust in your training and just go out there and do it. You will do yourself an injustice if you don’t enjoy New York City and take in every breathtaking mile. I recommend NOT wearing headphones (unless you want to use them on the 59th Street Bridge), because you will really lose the awesomeness that is the NYC Marathon. You need to use all of your senses and live in the moment.

Ss, good luck, and get out there and just Run New York! 🙂 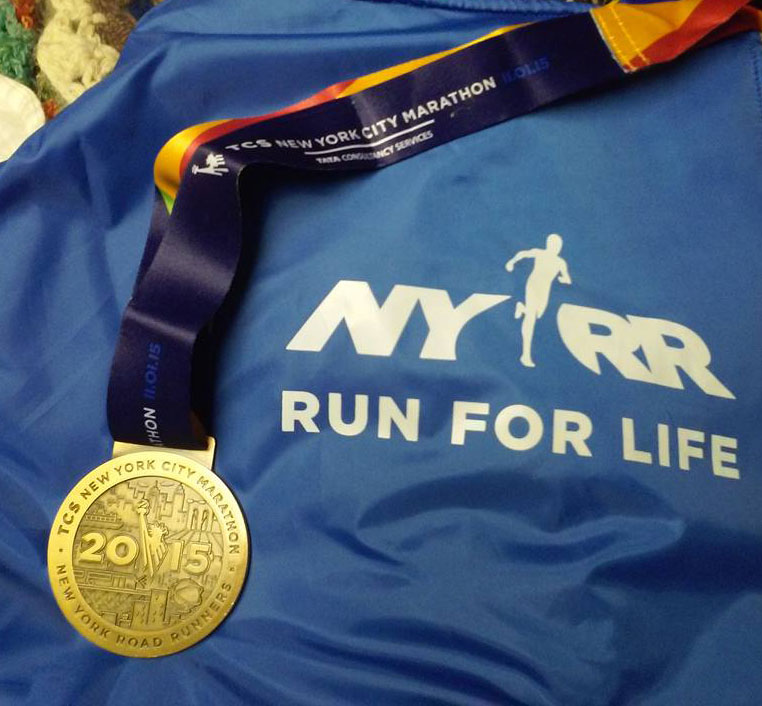