↓
Home Menu ↓
Home→Running→Countdown to the Races!

That’s right, RACES. Plural, not singular. I have three weekends of back-to-back races beginning with the Space Coast Half Marathon on November 30th. Followed by the Orlando OUC Half Marathon and then the inaugural Jeff Galloway 13.1 in Atlanta. I wasn’t planning on running three in a row, but it just sort of happened. 🙂 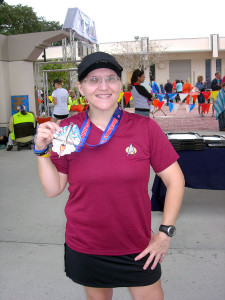 After finishing the marathon at Space Coast last year.

The plan presently is to attempt for a PR at Space Coast, as I feel like that’s the best chance for a new PR at the half distance. Last year, when I ran my 2nd full marathon at Space Coast, I PR’ed which was awesome. As for the OUC Half Marathon, I’ve actually got a 20 mile training run on the schedule for that day. So, I will be running 7 miles before the race start, and then taking it easy during the actual race. A number of my fellow running friends are running OUC after doing Space Coast full or half, so most of us are going to just have a good time at the Orlando OUC race.

Finally, the Jeff Galloway 13.1 is a bit up in the air as to what my goal is going to be for that one. I’m going to see how I feel after running the 20-miler the weekend before. I know the weather will definitely be a lot colder up in Atlanta as compared to Orlando, so that may contribute to a good finish time. We shall see. Since it’s going to be a “mini vacation” or “racecation” for me, it may be another race where I just have a good time and not worry about the clock. Who am I kidding? I doubt I can truly do that…I mean, I always have a goal of some kind in the back of my mind for any race. 🙂 🙂 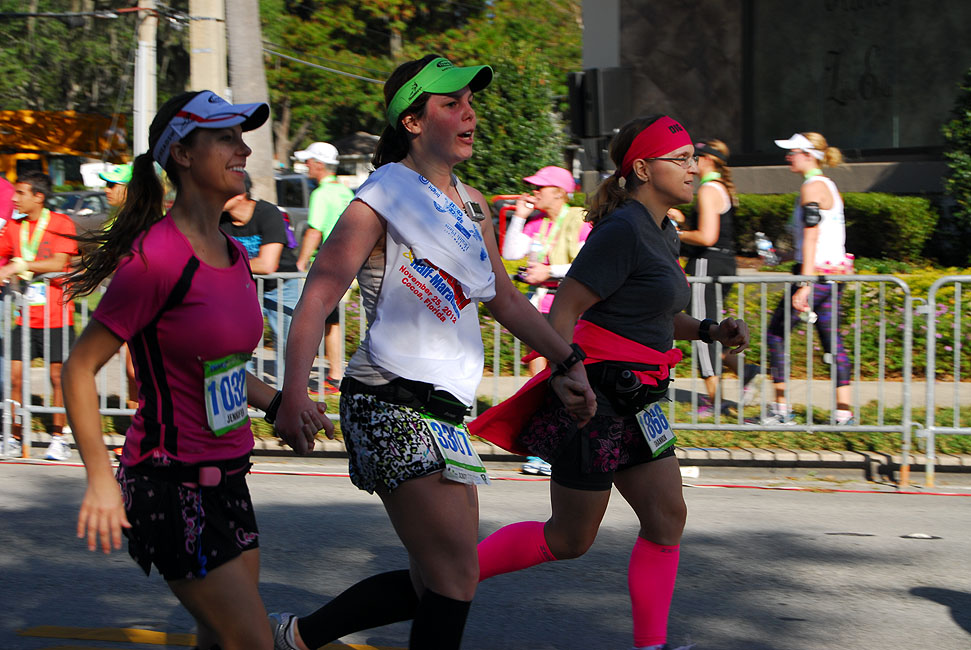 Finishing the 2012 OUC Orlando Half with Kerrie and Jennifer.

I know a lot of people have races in the coming weeks. Are you racing? Share in the comments where you will be! Also, any goals for the race(s)?