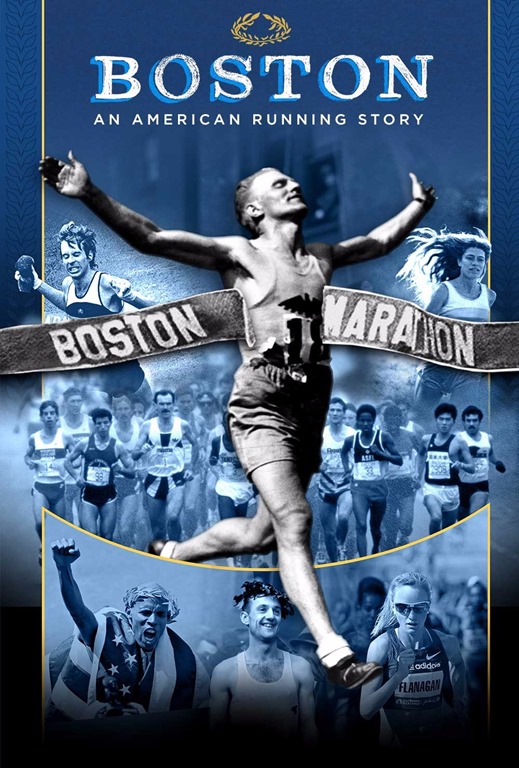 On April 19th, for one night only, Boston: An American Running Story documentary hit select theaters nationwide. The documentary focuses on why the Boston Marathon attracts all levels of runners from across the globe. It also captures how the city and it’s athletes come together to rise above adversity.

Boston: An American Running Story truly shows how the iconic Boston Marathon continues to inspire runners worldwide who seek to run the race. The documentary captures the true spirit of the race event, sharing some of the most memorable and inspiring moments that make up the race’s history.

Beginning with just 15 runners, to the present with over 36,000 runners, the Boston Marathon paved the way for the modern marathon. Boston looks at the 120+ year history of the marathon, including the 2014 race and how a city and running community came together after the horrific bombings the year prior. This documentary worked with the Boston Athletic Association to produce the film, and was granted exclusive rights which included use of an incredible archive of Boston Marathon video, photos and memorabilia. 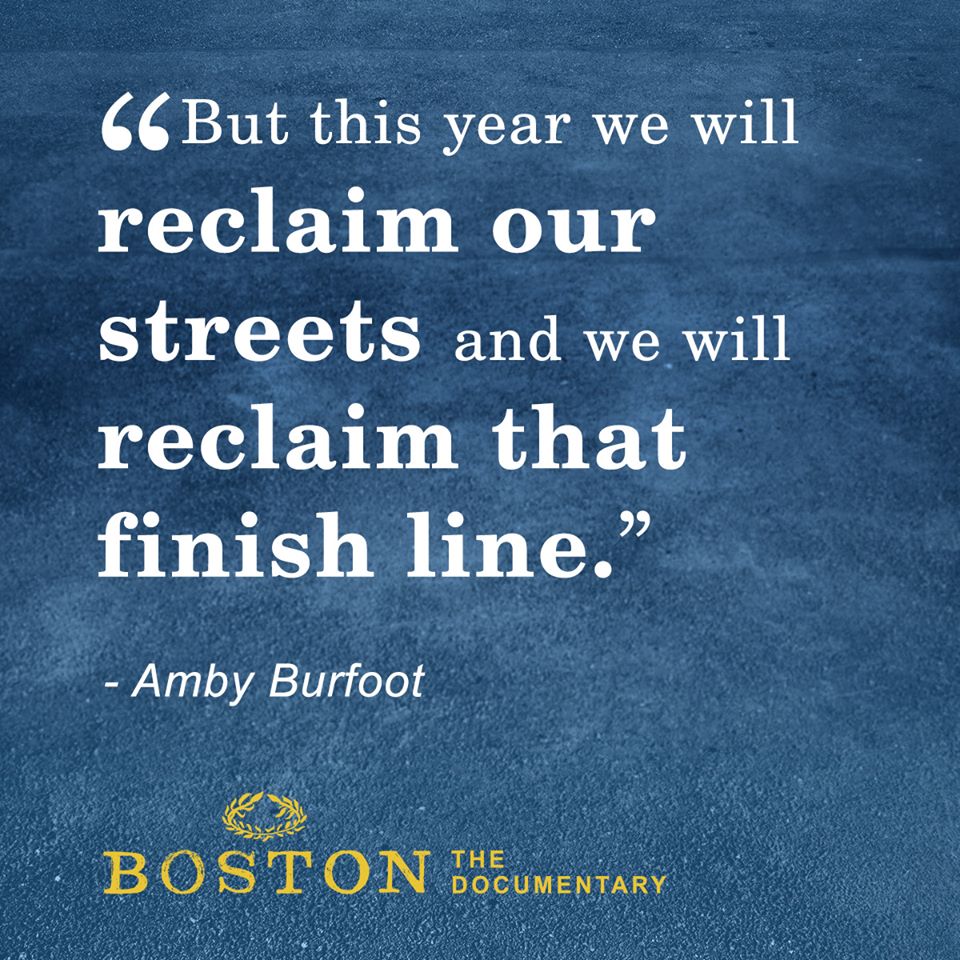 I was able to go see the Boston documentary on Wednesday evening, and I LOVED it. Talk about an amazing, motivational and moving film. I found myself going through all the emotions as I watched, from laughter to tears remembering the horrific events of 4/15/13, to feeling inspired yet again re-watching Meb win the 2014 Boston Marathon, I felt it all. It can only be compared to actually running a marathon, you feel every feeling possible. I walked out of the theater ready to lace up my running shoes and again hit the streets.

The interviews and stories of Boston Marathon legends like Bill Rodgers, Kathrine Switzer, Amby Burfoot, and Bobbi Gibb, not to mention Race Director, Dave McGillivray are amazing. I loved learning so much about the history of the marathon, especially about the legacy of 58 time Boston Marathon finisher, Johnny Kelley. Kelley won the race in 1935 and 1945. The man was beyond awesome. I was also amazed at the shoes runners used to run in, they offered no support or tread! 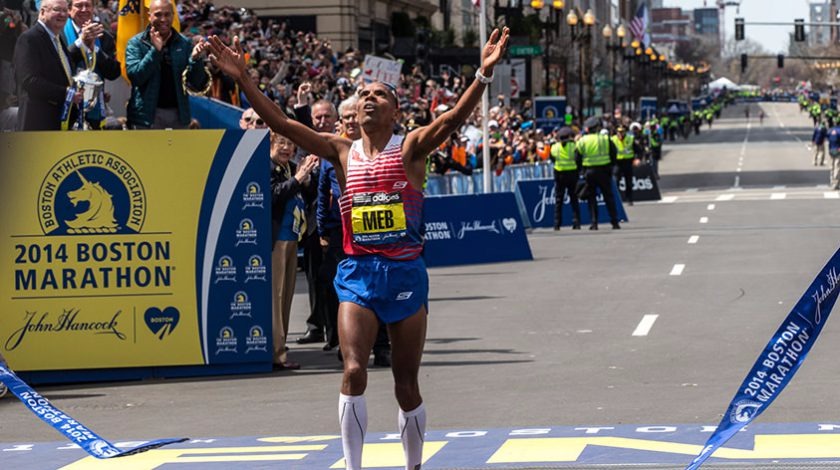 I hope you had the chance to catch the documentary this week at your local theater. Hopefully, we will get a DVD release of Boston later this year. It would make a great Christmas gift for the runner in the family!