Today was the return of my Sunday fun ride! Due to the crazy rain last weekend, I didn’t get to ride, so I was looking forward to this ride. I had hoped to ride on Cady Way with a friend, but plans changed, so I was solo. Riding alone is pretty nice though, it’s my time to think and just enjoy the ride. 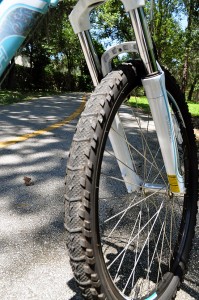 I decided to bike over to Mead Gardens, which is where the Watermelon 5k is going to be this coming Wednesday. I volunteered for that last year, and hope to do so this one as well. It’s just over 3 miles from my place to the Gardens, so it’s a pretty easy ride. I checked google bike directions before I left to figure out a good route to take. After altering the routes that google offered, I felt I had one that I was pretty happy with. 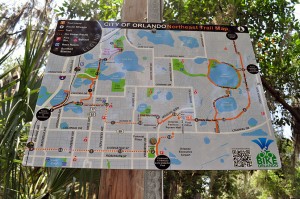 The ride to Mead Gardens was great, no problems what-so-ever with motorists or anyone which was so nice. I then spent some time in the Gardens just riding around a bit, exploring and taking pictures. There was a few people walking around with dogs and one another, all were very friendly. 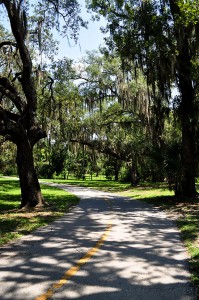 On the way back, was a bit tired, but feeling good. The ride was going well until I hit Fairbanks Avenue. As soon as I got onto the road, the rude drivers came out of the woodwork. Honks and rude abuse struck me. I did my best to grin though it and give them the five-finger salute (waving at them). It’s so disappointing that I can never ride without at least one honk and/or being yelled at. I dream of one day being able to do that. Yeah, that would be nice. Next weekend, I hope to ride on Cady Way, as I was definitely tempted to do it alone today, but I’m still unsure if that’s a safe idea.