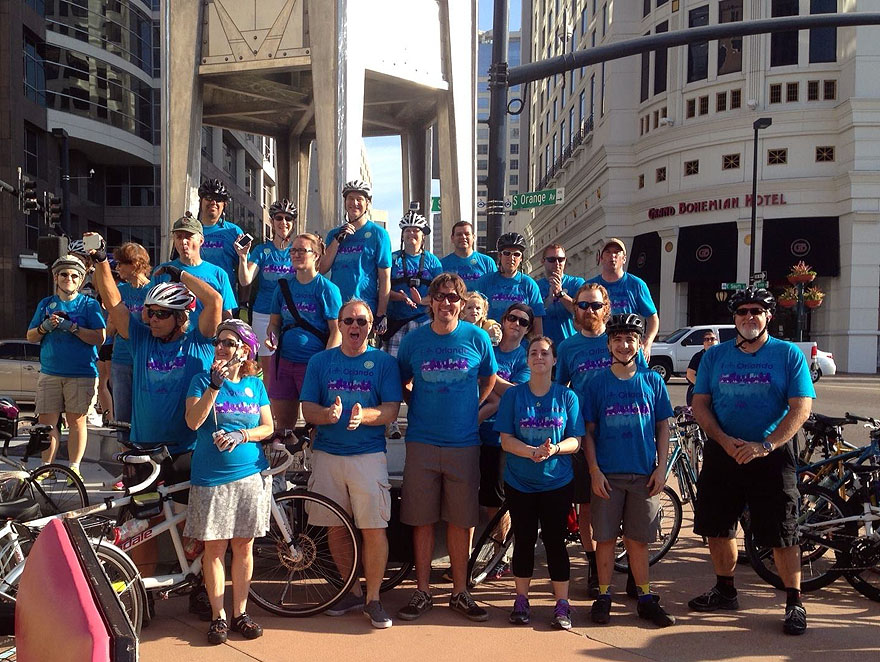 Each year, Orlando participates in the Bike to Work Day event. It’s a day that advocates people ride their bikes to work rather than use their cars. For Orlando, this event basically involves meeting up in College Park and then biking with the Mayor to City Hall. The event for 2014 was held on Friday, May 9th.

I biked down the road from my place to Retro City Cycles where a number of other cyclists were going to gather for the ride down to the meetup spot. After a few minutes of chatting, we headed together to Princeton, to the parking lot by the Mennello Museum. Once I was signed in for the group (the largest groups can win participation awards), I was ready to go. 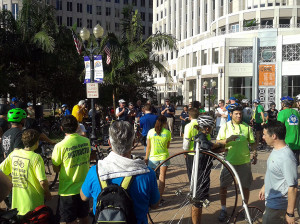 Soon after, Mayor Dyer got things rolling and welcomed everyone to the event. We then headed out of the parking area to the Orlando Urban Trail down the Dinky Line and onto Highland Avenue. From there, we took Marks Street to Orange Avenue, with the end being City Hall.

Over 200 people participated in this year’s Bike to Work event, which is a great turnout. Retro City Cycles/Cycling Savvy won first place with the most riders for the third year in a row. There are definitely some great people in Orlando with awesome bikes!

After the ride, I followed a few other cyclists in using the new Sunrail system to get home. I was able to get on the train at Church Street and take it to the Florida Hospital station. Was a nice way to check out the new Sunrail! From there, I had about a mile to bike to get back home. Was a great morning, I enjoyed it. I’ll be back for the event next year. 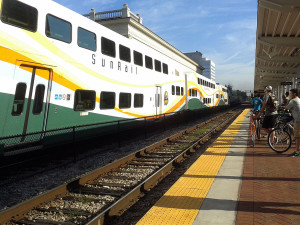 Have you done a Bike to Work event, or another cycling event? I’d love to hear about it.