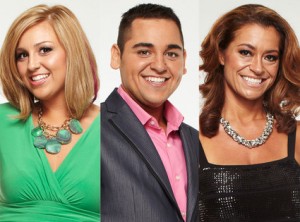 This season of NBC’s The Biggest Loser still inspired during the finale last night. Despite a season ridiculed with controversy, the contestants emerged as Losers. Or should I say winners as they truly all are.

It’s difficult for me as a long-time fan of the show not to compare each season to the ones that came before it. That said, I try not to compare one person’s journey to another. Each person goes through their own struggles and triumphs and should shine in their own spotlight. This season of the show however would make me wonder if the reality series that inspired me to lose weight had run its course.

The Finale was one of the most, if not the most inspirational of season 13. If you fail to be inspired after seeing the before and afters of the contestants, you are either someone who doesn’t get inspired by others or a zombie (blame my Castle love for the last one). I know how much hard work and time goes into losing and later maintaining weight loss and good health. It’s just that, work. You have to be willing to give it your all to reach your goal. It’s an amazing feeling once you succeed and can fit into those skinny jeans.

Will I tune in again next season to my favorite reality show? While I’m still on the line with loving the show as I once did, I’ll be there. If nothing else, to watch hunky Bob Harper and Dolvett. They can be my trainers any day. 🙂