Thoughts so far, anyway on The Biggest Loser, season 17. What I first need to preface this blog post with is that if you haven’t seen the first 3 weeks of the new season, you may want to hold off on reading this. Or, at least until you’ve watched them anyway. This isn’t a recap post, but more of my thoughts of how the season has been going. Also, if you have yet to check out the recap show that I co-host with former Biggest Loser Austin Andrews, please do so! In fact, we are live this evening at 9pm Eastern on blab. 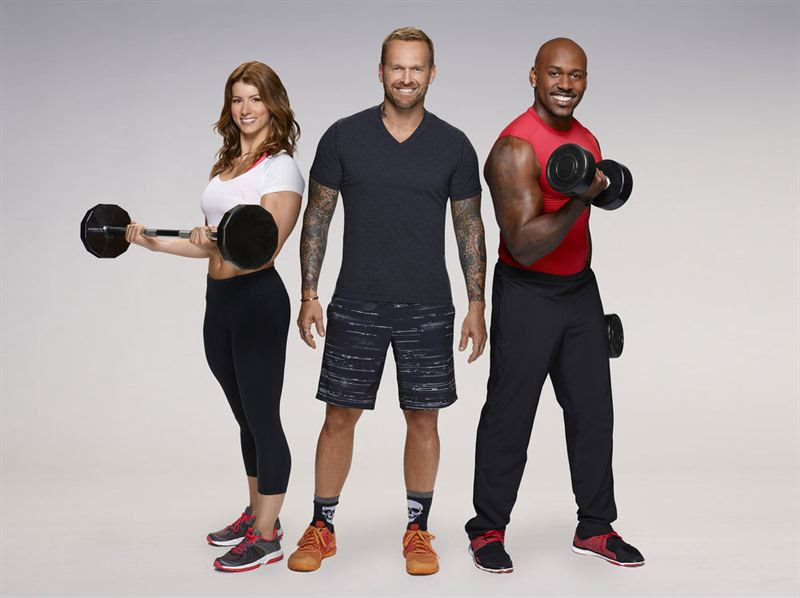 The Biggest Loser season 17 is all about temptation. It’s the theme of the season and boy have the contestants been tempted from the moment they walked onto the Ranch. Bob offered them money to stop running on a treadmill, dangling up to $25,000 in front of them to give up and leave The Biggest Loser Ranch. Thankfully, not one of the sixteen contestants gave in to the temptation. This showed that they were where they knew they needed to be. The journey wasn’t going to be an easy one, but they were ready to change their lives.

This season has had a number of changes from previous years. The biggest change was Bob Harper taking over hosting duties for former long-time host, Allison Sweeney. This has proven to be a great change, Bob is not only hosting the show, but he is a major support system for every contestant. Being one of the original trainers since Biggest Loser season one (and the only one who has been there since day one), he relates to these folks like no one else can. It has been great seeing him spend time just talking to contestants, getting to know them outside of the gym. Bob is able to be there for both teams, since he isn’t out for one team or person to win. He is in it for them to change their lives through weight loss and improving their health. 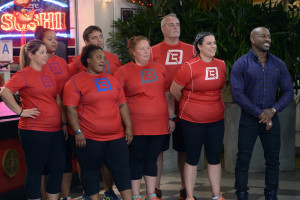 The two teams this season are the red team, which is being trained by Dolvett, and the black team, being lead by Jen. As a long-time viewer and fan of The Biggest Loser, I love that these are the two trainers on the Ranch right now. I’ve always been on team Bob or Jillian, but have fallen in love with both Dolvett and Jen in recent seasons. I fully believe that both of these trainers are so great for the contestants, and that’s been something I haven’t necessarily felt with some of the other trainers the show has had previously. Dolvett and Jen are a rare breed of amazing trainers in my mind that work so well with The Biggest Loser.

Contestants this season have been people I’ve started to care about. I can’t say that I’m on Team Dolvett or Team Jen, but that’s because I really like both teams. I’m learning more and more about each one of them and that just makes it harder to not want them all to win. Of course, they can all be winners by reclaiming their health and dropping the weight. winning that title of Biggest Loser or at-home winner is a great honor, but in the end, that’s not what it’s all about. At least in my opinion. 🙂 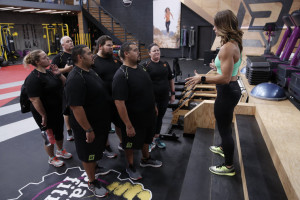 It’s already been quite a ride for these folks, we’ve had a team not feeling they are being related to well enough by their trainer, and calling him out for it. Dolvett wants the best for his team, so this became something he took blame for. I’m on the fence on this decision. Do I think he wasn’t training them well, or doing it in the “right way?” Not from what I can tell, but we do need to remember that there’s a lot we don’t see on the aired episodes. So, there’s no way to know some things. That said, I do think it’s a two-way street. The contestants also needed to be open to their trainer and communication and hard work is key. In the end, I’m glad it seemed to have brought them closer together. Team Jen seemed to have created a closer bond, and that was something Team Dolvett struggled with in some ways. But, once they all sat down and had that talk with him, things began to get better which was so great to see.

After seeing these men and women building a relationship with their trainers and team-mates, this week’s second episode (we are getting back-to-back episodes this season since it’s an 8 week season) threw a wrench into things. Bob informed the teams that they would be “switching it up,” and some of the black team would become red, and vice versa. This was a hard pill to swallow for a number of the contestants who didn’t want to leave their respective trainer and team-mates. It even separated the twins, Roberto and Luis which is probably the most difficult change among the contestants. Sarah another red team member is also very affected, feeling upset that she is being taken away from her trainer Jen. 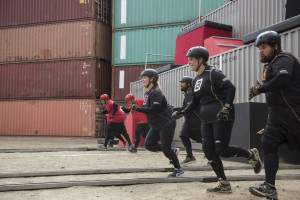 Teams during a recent challenge.

The changing of the teams shook things up, and Bob made sure to let the contestants know life is full of changes. So so true. You get used to something, start to feel comfortable, then boom! We just never know what might happen tomorrow, or even later today. It’s a great lesson to be reminded of, especially during their health and fitness journey. This is a journey that is still just beginning, and it will never truly be over. Once you lose weight and get to that healthy fit person you wanted to be, there’s still work to be done. It’s not like you suddenly don’t struggle just because you are skinny. In fact, it’s almost more of a struggle at times. That’s another reason why I love this season’s theme of temptation. It NEVER ends. We will forever be tempted by food, by the things we shouldn’t eat, or at least shouldn’t have a lot of. Food is just something that’s always there and we have to eat to live.

Bottom line is, I’m loving this season so far. I’m seeing some of myself, or my former self in these people. I’ve been there, and so that makes me just want to give them all a big hug. There’s something so special and unique about The Biggest Loser and the contestants each season. These are real people like you and me just wanting to better themselves. They want to save their lives and get healthy. I will always be cheering them on through their journey, because we all need a support system.

Are you watching The Biggest Loser this season?
If so, what do you think so far?