NOTE: This post may contain spoilers, so read on at your own discretion. 🙂 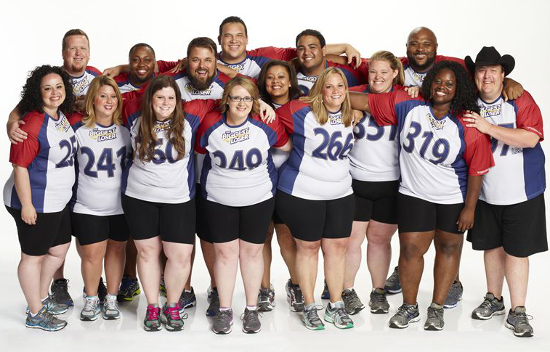 Season 15 of The Biggest Loser premiered last night on NBC. The premiere episode introduced us to the 15 new contestants to join the Biggest Loser family. Unlike the previous fourteen seasons of the hit reality show, immediately we learned of a new twist. This time around, the three trainers interviewed potential contestants and chose the final fifteen that would be entering The Biggest Loser ranch.

The fifteen chosen people entered the ranch and right away were greeted with inspiration. There were banners lined up along the walkway with the names of previous contestants on the show and their weight loss successes. It was definitely a great welcome to their Second Chance. 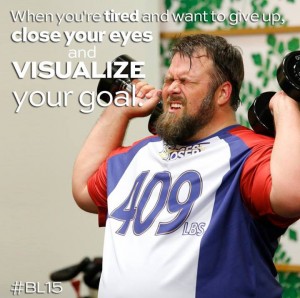 Once they entered the gym, it was time to get down to business. The contestants would be working out with all of the trainers who would later chose their team. Right away, the hesitations, puking and excuses came flooding out. It always does. Some of the contestants stood out during that first workout. David was one of those people. After being married for six months, his wife was diagnosed with a brain tumor. She ended up passing away nine years after their marriage, leaving David with two young daughters, ages six and four to look after alone. He has since gotten re-married, but his weight ballooned up to 409lbs since his first wife’s death. He is on the show to ensure that he keeps a promise to his first wife to always be there for their daughters. David had quite the hard time in the gym during the first workout, but I know he will prevail in his fight to get healthy.

After that first workout, the trainers gathered the fifteen and informed them of who would be on which team. I imagine choosing one contestant over another was a tough thing to do, but each trainer now has five people to work with. 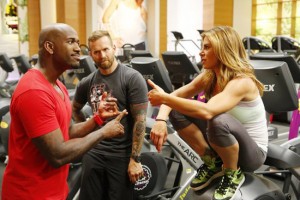 After another workout, this time with their respective trainers, it was time for the weigh-in. This premiere was only an hour long, so I felt that the weigh-in came up very quickly. I’m hoping for some two hour episodes at some point this season. At the first weigh-in, yet another new twist was announced. Allison Sweeney informed the contestants that the trainers would have a “trainer save” option this season. They had only one all season, but this gave them the opportunity to save a contestant from being eliminated.

Team Dolvett went first, followed by Team Bob, then Team Jillian. Sadly, Team Jillian lost the least amount of weight. Craig fell below the red line and was set for elimination. This meant that Jillian had the ability to use her save card on him if she wanted to. Watching her face as she went through the process of deciding, I was happy to see that she opted to use that save on Craig. He would have at least one more week on the ranch. It was great to see the premiere episode end with no one having to go home. Talk about an amazing start to the new season!

Did you watch last night? What are you’re thoughts on the new season? Do you have any favorite contestants yet?