As of this week, Iâ€™m trying to return to my regular schedule of sorts. On Sunday, I went to church and despite the service consisting of a good deal of talk about the annual budget, I enjoyed it. I could have done without it being two hours long, but being surrounded by good people made it not feel so bad. I may have found my new home with this church, as itâ€™s the first one Iâ€™ve felt really welcomed in. A co-worker got me to check it out a couple of months ago, and Iâ€™m really trying to give it a good chance. The rest of the day Sunday was spent doing a few errands, but trying to take things as easy and stress-free as possible. Iâ€™m feeling a good deal better than I was a week ago.

I returned to the work grind on Monday morning. Truthfully, I kind of missed my co-workers and all funny as that might sound. I work with some really cool people. My first day back was good, I felt a bit tired at the end of the day, but not so bad. Today has gone well with just some minor tiredness. Hopefully, the rest of the week will be as good and uneventful with regards to how I feel. 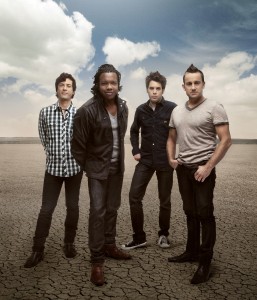 Iâ€™ve been anxious to get back into my training, but I also donâ€™t want to push myself to do too much too soon. So, what Iâ€™ve decided to do is do a 2-3 mile walk tomorrow morning before work. This way, Iâ€™m beginning to get myself back outside to workout, but itâ€™s not too intensive. If that goes well, I will do a 2-3 mile run/walk/run on Thursday or Friday morning. As of right now, Iâ€™m most likely going to do my long run (which will probably be just 5-6 miles) on Sunday rather than Saturday. Even that run will be at an easy pace, nothing too hard.

Over the weekend, I picked up the new Newsboys album at Lifeway Christian store. Itâ€™s such an awesome album. I also bought the mp3 download of the Born Again album. The songs make you want to get up and move. Itâ€™s so great and spiritual. They are coming to Clearwater in April and I hope to be able to go see them live. Iâ€™m sure they put on quite the show. I love that Michael Tait, formerly of DC Talk is leading the group. And, having Kevin Maxx (also of DC Talk) doing a bit of guest vocals on two songs is just the icing on the cake.