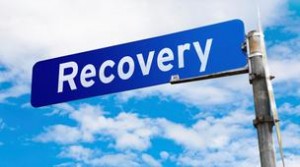 Since Sunday was my first ever marathon, I thought I might do a post about post-marathon stuff that Iâ€™ve been experiencing. I think the post-race experience is similar to the half marathon, but more intense, at least for first-timers like myself.

On Sunday afternoon after the race, mom and I had to walk about a quarter of a mile to the bus to get back to the starting area where my car was. Now, the walking, while at the time sucked, looking at it now, itâ€™s kind of a good thing. I was able to keep moving some before getting back in the car to drive to Orlando. The fun part was getting onto the bus. Stairs are not a marathoners friend after the race. This of course was only the beginning of the fun soreness/tightness that I had ahead of me.

The drive home on Sunday wasnâ€™t bad until I tried to get out of the car. That post-marathon limp was definitely present as I did my best to make my way into the convenience store to use the bathroom after filling up the gas tank on my car. I also experienced extreme tightness in my left leg. It was like a vice was around it and wouldnâ€™t let up. Not fun. This has happened before after long runs and some half marathons, so I guess I favor that leg or tighten it more?

On day two after the marathon, which was Monday, I woke up pretty sore. But, I have to say, I don’t feel as though it was a lot worse than after the Disney Half in January. I think it’s pretty equivalent, or darn close to how I felt. I spent most of the day relaxing and watching TV with my feet up. I did drive home from my parents house Monday night (I stayed over until about dinnertime), and getting up and down the couple of stairs at my place was fun. I say that with sarcasm dripping…thank goodness my landlord has a bar to hold on the side of the stairs. I’m not sure why these are there, but they became my friend as I brought my birds and stuff in from the car (my birds spent the weekend at my parents house).

On Tuesday, I was off from work again (I love PTO days), so I slept in and it was nice. The day was spent relaxing some more and then making a trip to Whole Foods. I was still sore, and those stairs were still laughing at me. I took a walk before dark in my new Saucony Virrata’s (review coming soon!) and while it was slow going, it felt good to get out and move even if it was just a short walk in the neighborhood.

I went back to work today, and am finally feeling as though my soreness is calming some. Stairs and bending down are becoming easier again. I think I should be good to run a short distance on Saturday which is my plan. Tomorrow, I’m going to walk with some of my Galloway group on the track. I’m going to ease back into running, but honestly, I’m kind of itching to get back on the road. 🙂

As far as my hunger goes, I have noticed a bit of an increase since the race. But, I think that’s normal…weighed myself this morning and I hope to drop 3-5 pounds in the coming months as I gained 5lbs during marathon training.