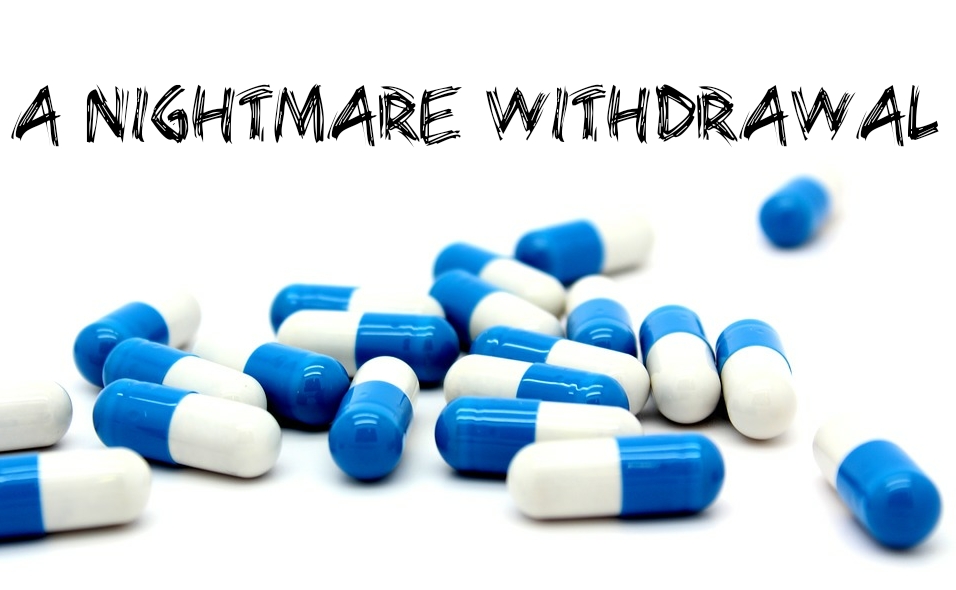 It’s been a nightmare week, and it’s only Tuesday night. This nightmare has been brought to you by the drug, Cymbalta. If you get nothing else from this blog post, please do your homework before getting onto this medication. I highly recommend avoiding it, find some other anti-depressant to help you. Cymbalta is an awful med and the company behind it, Eli Lilly does not properly inform medical professionals of how much trouble this drug can be on a person.

I have been on Cymbalta for about 6 years for depression and anxiety. I had previously been on Lexapro with good results until I received a bad batch of generics. Then, my doctor offered to change my med to the Cymbalta. I was ify at first, but eventually gave the thumbs up to trying it out.

Things seemed to go well through the Cymbalta years, I did go from 60mg a day, to 90mg in the last year or so, but otherwise, I felt okay. What I didn’t completely realize though, was that the drug was like a band-aid, a numbing agent for my issues. It was merely keeping me from feeling too much of anything. Sad moments, or those times when I should be able to release the water works were anything but sad to me. I would cross finish lines of my marathons and not be able to completely feel all the emotions. My grandmother would pass away earlier this year, and while I was sad, I was not able to process it properly. I still have a lot of deep-seeded emotions like my Nana’s passing that are sort of bottled up inside of me.

What I didn’t completely realize though, was that the drug was like a band-aid, a numbing agent for my issues.

When I found got the official diagnosis this past June that I have Fibromyalgia in addition to Hashimoto’s Thyroiditis, it was crummy news. Especially when Fibro really has no cure, and Hashimoto’s has been giving me issues for years. The two were seemingly plotting against me. I am tired…rather exhausted a lot of the time because of both problems. Not to mention the other issues they bring to the table.

Hearing about a drug made specifically for Fibro back in 2010, called Savella, I was intrigued. I read quite a number of user reviews on the medication, and thought it might offer a glimmer of hope. The biggest positive was that a lot of positive reviews of Savella are that people felt like themselves again. That they weren’t so exhausted all of the time. It was as if it brought back energy sufferers had not felt in years. 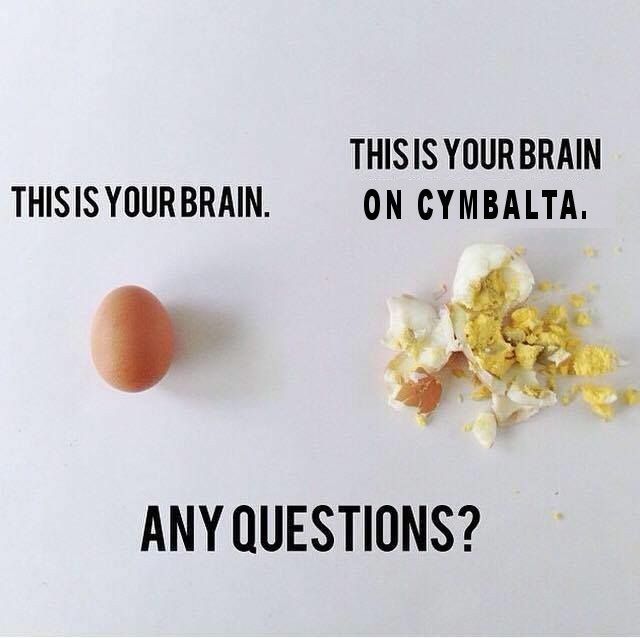 I convinced my general doctor to let me try Savella, after my Rheumatologist wasn’t sold on the idea. So, after getting approval and the medication in hand late last week, I began the taper off of Cymbalta and the start of taking Savella. I took 60mg of Cymbalta for two days (I take my dosing in the evenings), and then followed the weaning recommendation of the Pharmacist to 30mg of Cymbala plus 50mg of Savella on day three. That was Saturday night, my last dose of any amount of Cymbalta.

To say it has been hell for me that night onward is the most accurate explanation I can give. I barely slept that night, and was a walking zombie for the most part on Sunday. Somehow, I pushed myself to go to the gym that day, and I have no clue how I made it there, or even got in any kind of workout. I suppose the pre-workout caffeine helped, because that was the last workout I’ve had this week.

Sunday night, I had the craziest, most vivid dream of my life. Thank goodness it was fairly upbeat, but wow was it crazy. I dreamed that I was filming the next Avengers movie, and I was somehow in it. The vividness, the real feeling of it all was intense. I woke up in a sweat, heart-racing. Don’t get me wrong, I have dreamed through the years of being on TV or in the movies, but this was so unlike anything I had ever experienced. If you thought Infinity War was intense, my dream was right up there. 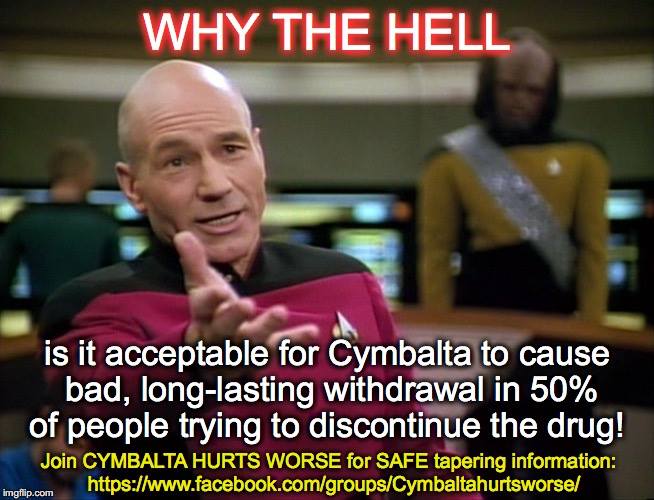 My head was so wrong on Monday morning after that. I felt like I was out of my own body. I was foggy, couldn’t concentrate, and felt “wrong.” Trying to work was a bad idea. I got through less than two hours of my shift before I had to call it a day and crawl back into bed.

Last night, Monday night seemed a bit better head-wise. I was able to eat, shower and talk to some family and friends. How thankful and blessed I am to have each and every one of them in my life, I cannot put into words. The prayers and feeling of love being sent my way helped, and continue to help massively.

I learned that it takes about 2 1/2 to 3 days of stopping Cymbalta before the drug completely leaves your system. even then, there are literally hundreds of stories on the internet, and lawsuits out there about what is called, Cymbalta Withdrawal Syndrome. So, while I should be over the worst of the withdrawal by the end of the day, those symptoms can continue for weeks or even months in some people.

The experience of getting off of Cymbalta has been compared to what it likely feels like for a junkie to get off of an illegal drug like cocaine or heroin. I cannot imagine that for the life of me. And, Cymbalta is LEGAL! Doctors write prescriptions for the drug every single day, without properly educating their patients about it. But, I blame that on Eli Lilly, the makers of Cymbalta. They are hiding the real facts from them, thus we as patients don’t know. 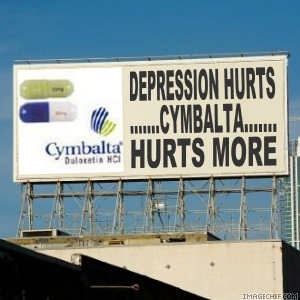 If I had to do it all over again, or if I have to get back onto another medication other than Savella, you can bet that Cymbalta won’t even be a consideration. I also plan on informing the FDA about my experience, and I hope that others who are also unfortunate like myself do that as well. Just because a drug is legal doesn’t mean that you should let it into your body. Do your homework, I know I plan on being smarter when it comes to this sort of thing going forward.