Marathon season is now upon us with the Chicago Marathon this weekend. I discovered some interesting facts online about marathons and the 26.2 distance. Some of these I had never heard of and are pretty fascinating. Of course, there’s far more fun factoids out there, but here are 26 of them. 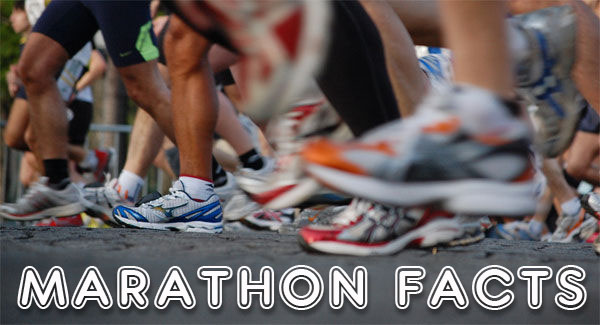 1. In 2014, 570,000 runners finished a marathon in the United States.
2. Just 0.5% of the population of the U.S. has completed a marathon.
3. It wasn’t until 1921 that 26.2 miles, or 42.195 km became the official Olympic marathon distance.
4. A typical training period for a marathoner is 22 weeks, meaning that a recreational runner will have run over 600 miles before even getting to the start line of the race.
5. Humans are the best long-distance runners, beating horses and cheetahs in the marathon distance.
6. Marathoners are likely to be of average or below average height, while sprinters are more likely to be tall.
7. The average runner of a marathon burns 3,000 calories during the race.
8. Running a marathon doesn’t pose an adverse effect on the hearts of healthy people.
9. Japanese “Marathon Monks” run a marathon every day for 100 days and do this each year for seven years or commit suicide if they fail.
10. A marathon is longer than the diameter of a neutron star.
11. The Boston Marathon is the oldest annual marathon, having been first run in 1897.
12. The NYC Marathon is the largest marathon in the world with over 40,000 finishers each year (50,000 in 2014).
13. The first NYC Marathon was held in 1970, just 55 of the 127, or 43.3% of runners finished. In 2014, 99.2% of runners finished the marathon.
14. Paula Radcliffe is the record-holder for the fastest female marathon runner. She set the record at the 2003 London Marathon at 2 hours, 15 minutes and 25 seconds.
15. Patrick Musyoki of Kenya is the fastest male marathoner with a time of 2hrs, 3 minutes and 38 seconds. He set this record at the 2011 Berlin Marathon.
16. The youngest runner to ever finish a marathon is Wesley Paul, and 8-year-old who ran the 1977 NYC Marathon in 3 hours, 37 seconds.
17. The oldest runner to complete a marathon was 100 year-old Fauja Singh who ran the Toronto Marathon in 2011. He finished in 8 hours, 11 minutes and 6 seconds.
18. As soon as the last runner crosses the finish line at the London Marathon, the blue paint that marks out the course is steam-cleaned off so that the city streets can return to their regular conidtions as soon as possible.
19. Marathoners who run the Great Wall Marathon in China run 5,164 steps along the famous wall during the 26.2 route.
20. The total distance of a marathon is about 504 times the size of a standard football field.
21. The chances of a person dying while running a marathon is extremely lower than when he/she is playing football, bicycling, canoeing or mountain climbing.
22. In the last five years, the popularity of the marathon has increased by nearly 14%.
23. The popularity of marathon running among women has increased about 27%.
24. 26.2 miles is approximately the same length as 3,700 school buses.
25. 17 men participated in the first Olympic Marathon which was held in Athens in 1896. Only about half of the runners completed the distance.
26. You would have to climb Mount Everest 4.7 times in order to cover the distance of the marathon. 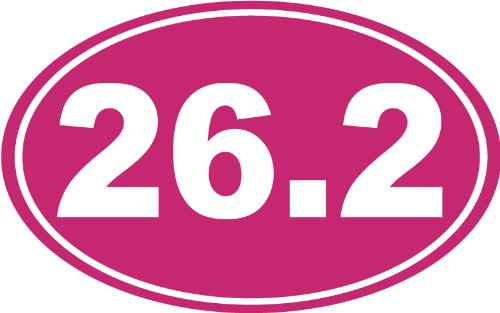