Disclaimer: I received free entry to the PNC Atlanta 10 Miler & 5k race as part of being a BibRave Pro. Learn more about becoming a BibRave Pro (ambassador), and check out BibRave.com to review find and write race reviews! 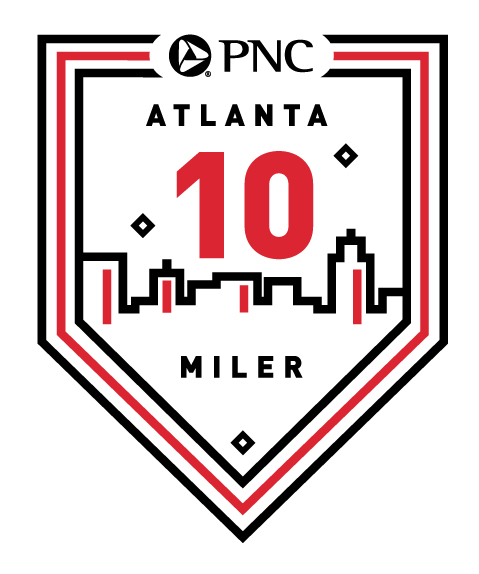 I’m excited to announce that I will be running the 2018 PNC Atlanta 10-Miler for BibRave! The race is on October 21st in Atlanta, Georgia. It’s the second event of the Triple Peach Race Series.

The PNC Atlanta 10 Miler & 5k is one of Atlanta’s most popular running and walking events. The race begins as well as ends at Atlantic Station, then winds through Atlanta’s Buckhead neighborhood with cheer zones located at every mile. A highlight is Cardiac Hill at mile 2. The name, “Cardiac Hill,” is what the stretch of Peachtree Road that rises or falls (for this year the latter), more than 12 stories in elevation in less than a mile. Conquering Cardiac Hill is sponsored by the Atlanta Track Club and Mizuno. What’s new this year is the King and Queen of Cardiac Hill award. The titles will go to the man and woman who run DOWN the hill the fastest.

The event has some awesome swag! For 10 Miler runners, a long-sleeve Mizuno shirt and Finisher’s medal. For 5k runners/walkers, a long-sleeve Mizuno t-shirt and Finisher’s medal. Sponsors this year include: PNC Bank, Mizuno, CLIF, DaSani, Powerade, Piedmont and Radio 680 The Fan. With all this swag, sponsors and cheer zones, the event sounds like it’s sure to be an awesome runner party!

I will be posting training updates in the coming weeks. With Cardiac Hill, I’ve gotta get in that hill training! I foresee some garage running in my future. 🙂