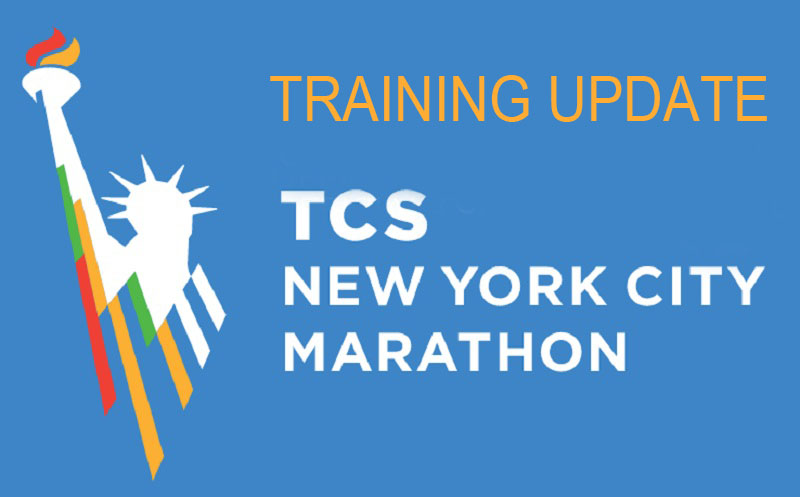 My last long training run for the TCS NYC Marathon is done! On Saturday morning, I ran 26 miles. It was a LONG morning, and by the end, I couldn’t have been happier to finish.

The morning began with a way-too-early wake up call at 2am. My alarm went off and I rolled out of bed to get dressed and ready for the run. Once I was dressed, I grabbed my Generation UCAN pre-mixed drink and the two UCAN gels I had made the night before and headed out the door.

There were six of us heading out at 3am to get in our miles. Jenny and myself having the most with 26, and the others were needing 17. We headed out toward Winter Park from the school and within the first half mile, I was warm. Boy was it humid out! Florida doesn’t exactly celebrate that season called, Fall. 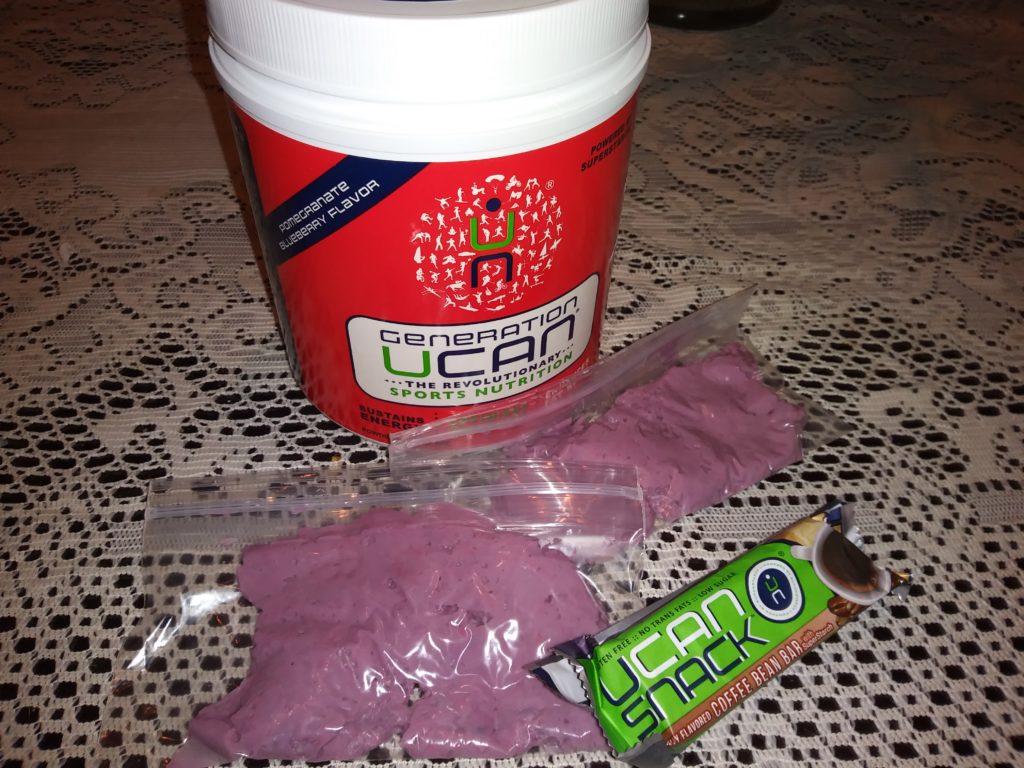 I was feeling good other than being hot, which was good. That first ten miles went well, by the time we returned to the school for our pick-up/drop-off, I was feeling content. We added a few more of our group members at this point, and one of the girls that started at 3am opted to finish the four miles she needed in the neighborhood. The group of eight of us hit the road in the opposite direction (I switched things up a bit for the next part of the run).

When we again got to Cady Way, Jenny and I had hit 13.1 miles. Halfway point! We high-fived at the accomplishment. Less than 13.1 to go. The group would be separating soon, since the 17 milers were almost done. We all headed out of the Cady Way water stop and once we hit Phelps, took a group picture and the majority headed left back toward the school, while Jenny, Erin and myself went right to continue on our miles. 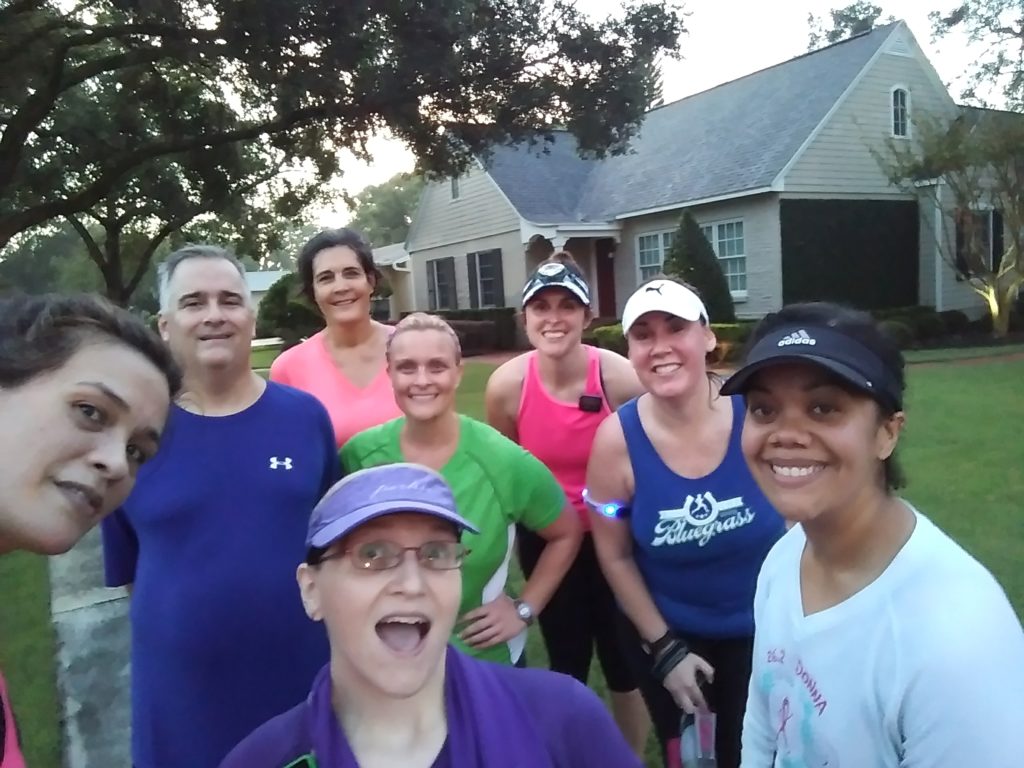 First stop for us was Phelps water stop. The three of us had hoped the park’s restroom would be open, but no go. So, we did a nearby loop and went off a bit to the local YMCA to use the facilities. Gotta love the Y! The brief stop refreshed us and we again hit the road.

As we made our way toward downtown Winter Park, Erin debated whether she was going to join Jenny and I for the full 26 miles rather than the 23 she had planned to do per her schedule. She opted to stick with us, and we were definitely all for her continued company (of note, later she would question why she did this LOL).

The trio of us hit the golf course route which I had the directions with me for. I had only done the 4.5 mile route with others, and didn’t know it by memory. There are quite a lot of turns, so I wondered how my fellow runners remember it. But, I suppose if you do a route enough times, you can memorize it. 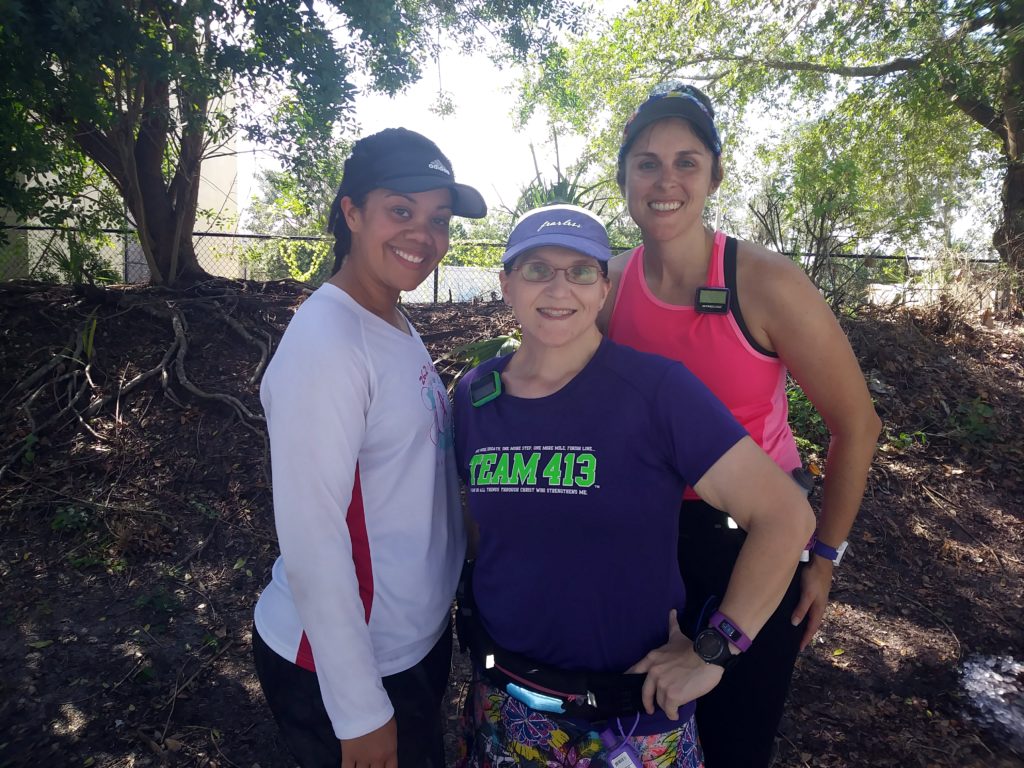 It was during this route that we got a little loopy. We sang aloud, laughed at silly thing like a house having our trash cans all so evenly lined up in their brick driveway, and awed at a tree that fell over with the sidewalk along with it from Hurricane Irma. It was amazing how many large trees had fallen in that area alone.

By the time we hit mile 20, I think we all were ready to be done with the run. Mentally, I good, but my feet were hurting and legs were getting tired. I’m thankful for my sense of humor, because it kept me going and helped me encourage Jenny who was doing great until about mile 22.

The last 3-4 miles definitely felt like an eternity. More walking than running began to take place at this point. There were segments of silence among the three of us. It’s like, we were all trying to concentrate on finishing the run, and adding conversation would be an overuse of energy that we didn’t have left in the tank. Who thought doing a marathon was a good idea anyway? Oh, yeah… 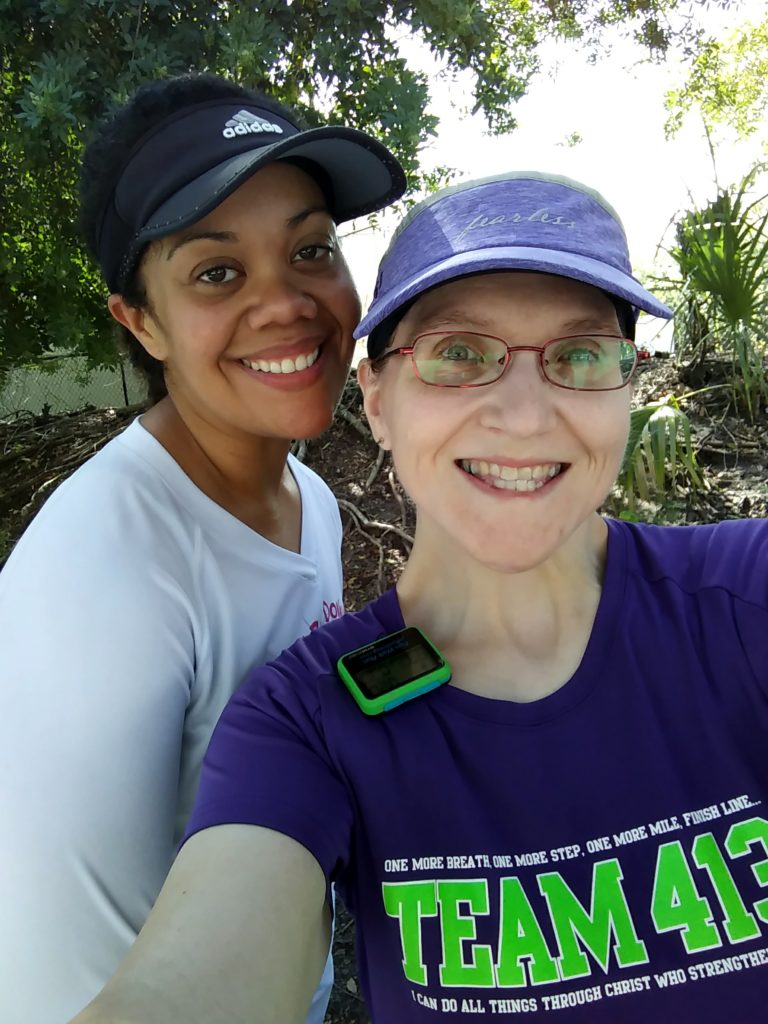 When we finally got on the street where the school was, and more importantly, our cars, I smiled. Jenny then asked me, if she gave me her car keys if I would drive it over to get her. This made me laugh. No, I replied as I plodded her to keep moving forward. We’re almost there. Can’t knock the girl for trying though. Ha!

Finally arriving at the school, seeing that glorious 26 miles on my GPS watch, I couldn’t have been happier. We did it, we were done! It’s the best feeling, even if all you want to do is lay on the ground and not move another step. Somehow though, we always manage to get some happy-looking photos despite the exhaustion.

As I exchanged my Brooks running shoes for my oh-so-comfy OOFOS sandals, I was beyond glad to be done. Sure, I was exhausted and my feet and legs screamed at me, but mentally I felt good. This would be the longest run I would do until the big race on November 5th in NYC. It was so awesome to be entering taper. 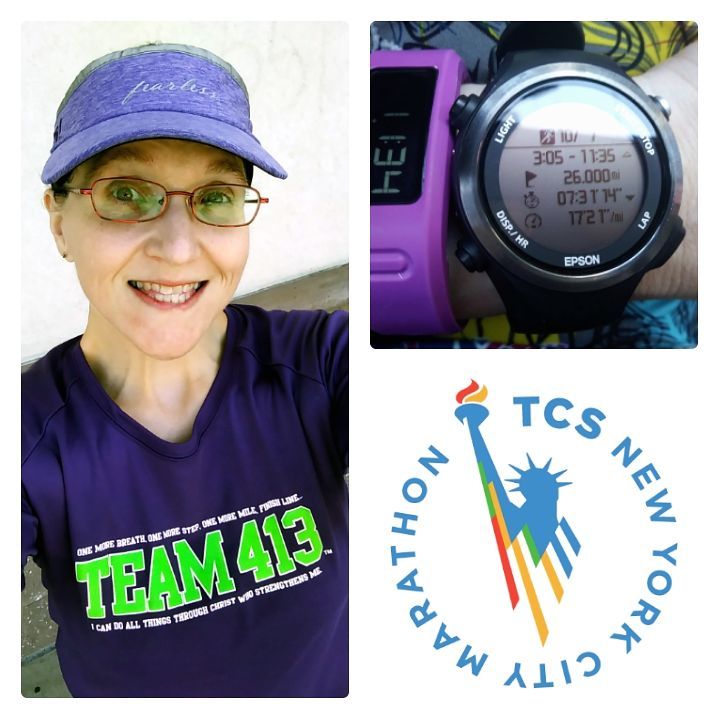