What an inspiring day! The 118th running of the Boston Marathon was today and the inspiration, motivation and emotions of the day have traveled far from Bolyston Street. All over the country, runners of every level have been showing their love and support for these amazing athletes and for the city of Boston. The love for this city and the marathon have grown beyond anything measurable since the horrible events of 2013. 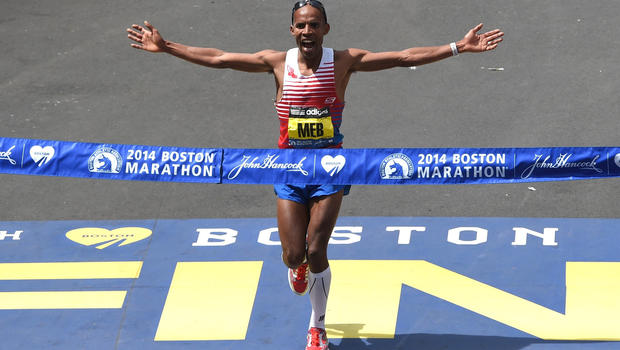 Watching Meb Keflezighi win the marathon, as the first American to win Boston since 1983 was a tear-jerker. Mixed emotions flowed through me as I watching him fly through that finish line this morning. He is an amazing athlete who ran the Boston Marathon in 2:08:37! Meb led the pack for most of the race, only getting some real competition toward the last few miles of the race.

Unfortunately, favorite Shalane Flanagan finished in 7th place after a strong race. She led the elite pack for most of the race, only losing the lead at around the 20 mile mark amongst the hills. Shalane kept her lead for over an hour and fifty minutes of the marathon, looking strong the entire way. Despite not taking the win she so truly hoped to earn today, she did come in at 2:22:01, setting a new American Record. Shalane ran the half marathon portion of the race in 1:09:25, which is amazingly fast! Shalane’s love for Boston is so big, that it’s definitely one I see her coming back to until she takes home the win (she later said as much). 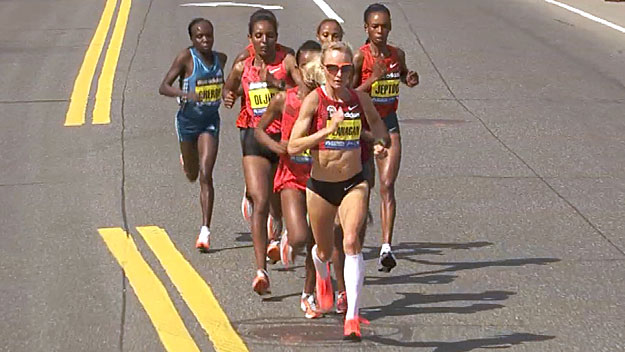 Kenya’s Rita Jeptoo won the women’s division of the marathon, finishing in 2:18:57. This was her third winning of the Boston Marathon, having won in 2013 and 2006. For the wheelchair divisions, Ernst Van Dyk took his 10th title home and Tatyana McFadden won the women’s wheelchair race.

A number of friends from all over the United States ran Boston today, and much love goes out to each and every one of them, as well as every other runner who crossed that start and finish line. You are now Boston Marathoners! Congratulations!